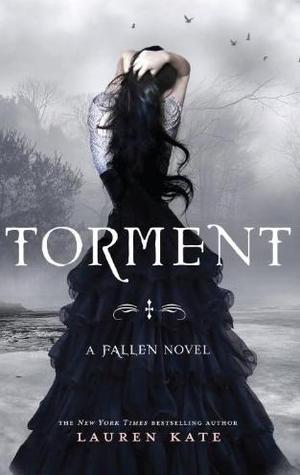 Book description from the publisher:

That’s what it’s like for Luce to be apart from her fallen angel boyfriend, Daniel.
It took them an eternity to find one another, but now he has told her he must go away. Just long enough to hunt down the Outcasts—immortals who want to kill Luce. Daniel hides Luce at Shoreline, a school on the rocky California coast with unusually gifted students: Nephilim, the offspring of fallen angels and humans.

At Shoreline, Luce learns what the Shadows are, and how she can use them as windows to her previous lives. Yet the more Luce learns, the more she suspects that Daniel hasn’t told her everything. He’s hiding something—something dangerous.
What if Daniel’s version of the past isn’t actually true? What if Luce is really meant to be with someone else?

The second novel in the addictive FALLEN series . . . where love never dies.

My Thoughts:
FALLEN was the first “Angel” book I read, back when Angels were the next big thing. Now there are so many books about Angels on the shelves to choose from. I liked FALLEN pretty well and gave it a 3 star rating. My complaints with FALLEN were the slow pace and that there were not a lot of answers provided. In the sequel, the pacing has improved, however the answers are still slow in coming.

One of the strengths of FALLEN for me was the setting in Georgia at the Sword & Cross school. In TORMENT, Daniel sends Luce to a new school on the ocean in Shoreline CA that is pretty much the opposite of the dreary Sword & Cross. Daniel sends Luce to Shoreline for protection while he is off fighting unknown bad guys who are after her. Luce is frustrated about the situation and also wants answers from Daniel. She is appropriately starting to question their relationship, and wants to learn more about her past lives.

Helping Luce along the way are some gifted new student friends – Shelby and Miles. These two are interesting new characters that liven up the story and are a welcome addition to the series. There are also some returning favorites from FALLEN including Cam, Arriane, Roland, Callie, Gabbe and Molly. When these characters interact with Luce they brighten the scenes.

In the classes at Shoreline Luce learns more about the history of the Angels and about hers and Daniel’s past. We also learn a lot more about the mysterious Announcers/Shadows in TORMENT and how they can be used to show Luce scenes from her past lives. Luce wants to use the Announcers to delve into her past as much as she can.

The relationship between Luce and Daniel is pretty frustrating. Daniel is always away and does not confide in Luce anything except to stay put for her protection. Luce disobeys Daniel every chance she gets and is self absorbed and indecisive about their relationship. She is questioning whether their relationship is worth it, and why is it so important in the Angel/Demon conflict. Maybe she will get the answers she seeks in the next book.

Many questions still remain about the Angel conflict, and the ending piqued my interest about the next book. TORMENT is the second book in a four book series and it appears that the third book will focus on Daniel and Luce’s past lives together. PASSION is due out in June 2011.

One thought on “Review: Torment (Fallen #2) By Lauren Kate”