I’m excited to chat about Sweet, book two in the True Believers series by Erin McCarthy, for the Sweet blog tour! Today I’ll share my thoughts on the book, and as a treat the author is here to share an exclusive book playlist.  I quite enjoyed the first book in this series, True, but think the series is really hitting its stride with Sweet. Riley and Jessica defy stereotypes and their romance sizzles. 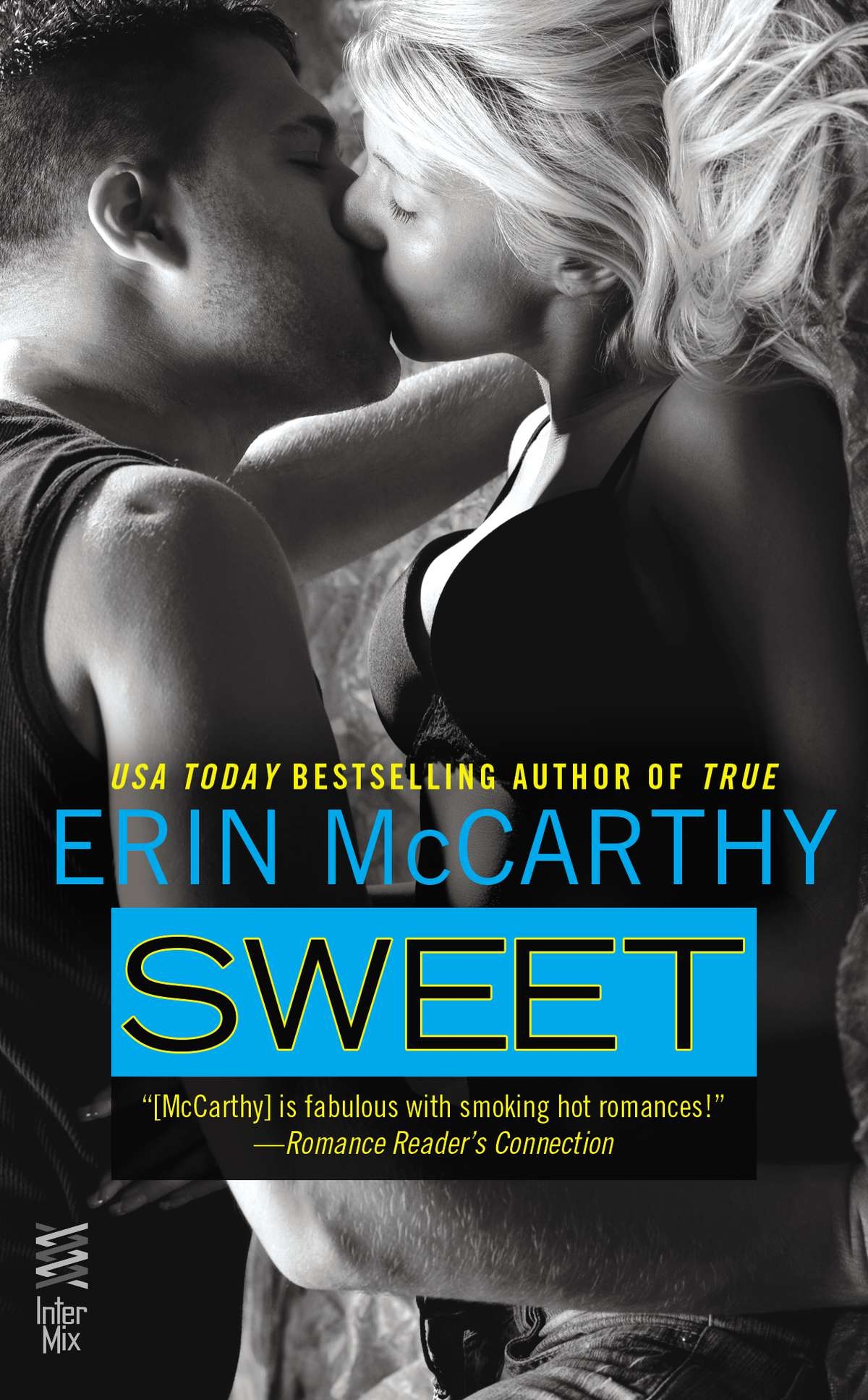 Jessica Sweet thought going away to college would finally make her free of her parents’ constant judgments and insistence she play chastity club role model for their church events, but if anything, the freedom has made her realize she can’t go home and be a hypocrite anymore. Tired of dodging their questions, she stays at school over the summer and lands in an unexpected crash pad: Riley Mann’s house.

Sarcastic, cocky, and full of opinions, Riley is also sexy personified with tattoos and biceps earned from working as a roofer all day. Not the right guy for her even if Jessica was looking for a relationship, which she is definitely not. But Jessica knows that Riley hides the burden of having to raise his younger brothers behind that grin and as she helps him get his house in order for a custody hearing, they begin to fall hard for each other, and she is forced to question what she’s hiding herself.

Jessica has never had a problem getting naked with a guy, but when it comes to showing Riley how she truly feels inside, her fear of rejection may just ruin the best thing—the best guy—to ever happen to her…

The True Believers series began with True, about the relationship between Rory and Tyler. The series continues with Sweet, about Jessica Sweet (Rory’s college friend) and Riley (Tyler’s brother). Each book has an opposites attract scenario, and in Sweet, Jess is the well-to-do preachers daughter with a wild streak, while Tyler is the hard-working construction worker dude with lots of swagger.

Riley and Jess didn’t spend too much time together in True though they did make an impression on each other. Jess needs a place to stay due to an elaborate lie she tells her parents, and Riley surprisingly invites her to stay with him while his brothers are away. Jess is not used to staying in the rough part of town and is a little shocked by Riley’s living conditions. But the girl appreciates that she has a place to stay at all and uses some elbow grease to improve conditions a bit.

Before too long, sparks fly between the two new roomies, but Jess can’t understand why Riley doesn’t make a move. She’s never had this problem before. She grows to respect him for raising his brothers and making the best out of a bad situation, and wants to fix things up to thank him. Even though Jessica has had a privileged upbringing, the girl works hard as a waitress, and goes to the hardware store for some painting supplies for her DIY project. Both of them have feelings beyond lust, but as relationships are not their thing, they don’t know how to proceed.

I picked up Sweet one night before bed, and before I knew it I was 60% into the story. It’s a fast, absorbing read, with humor, heat, and heart. True reads more like your standard New Adult- I still ate it up like candy, but I found Sweet to be fresher.

Life is not a walk in the park for Jessica and Riley and since they are so similar they are constantly butting heads. Riley has jealousy issues, and Jessica knows how to push his buttons. Jessica also has something to prove and is trying to become her own person, not who her parents or friends expect her to be.

Each book in the True Believers series can be read as a standalone, though since characters overlap you will get more of a kick out of them by reading them in order. It’s fun to see Riley’s family through new eyes, and hear a different characters perspective on Tyler and Rory. Sweet is an addictive read that really teases the romance. The ending fizzled out a little for me, but overall I really liked it. It’s a better than average New Adult series.

The next book in the series is Believe, about Robin and a new character named Phoenix. Can’t wait to read it!

Join the #TRUEbeliever conversation on Twitter with:
@InterMixBooks @BerkleyRomance and @AuthorErin.

Check out Erin McCarthy’s playlist for her newest novel SWEET, Book #2 in the True Believers series:

Closer – Nine Inch Nails (sexy music)
Massive Attack
The Funeral – Band of Horses
Sweater Weather – The Neighborhood
Dummy – Portishead
Fade Into You- Mazzy Star
Holidays in the Sun- Sex Pistols
A Modern Myth- 30 Seconds to Mars
Without You – Usher (Jessica likes her club music!)
How to Be a Heartbreaker- Marina and the Diamonds (Jessica’s motto until she meets Riley)
Boyfriend- Justin Bieber (her guilty pleasure)

This playlist represents Jessica to me, so despite his love for Jess, Riley will never be persuaded to listen to Justin Bieber. 😉

Thanks, Erin! And yeah, I can’t imagine Riley listening to JB either. Here’s a Spotify playlist if you want to listen to Jess’ favorite artists: 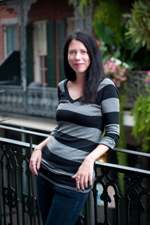 Erin McCarthy is the New York Times and USA Today bestselling author of more than 40 novels and novellas in the paranormal, contemporary romance, and young adult genres.  The author is a RITA award finalist and an American Library Association winner of the Reluctant Young Reader award.  She lives with her family in Ohio.

Look for the next installment in the True Believers series, Believe, in January 2014, followed by the fourth and final book in June.