Did Halloween get you in the mood for some spooky reading? The Farm series is about the vampire apocalypse and is one you’ll want to read with the lights on. The Lair is book two in the series and provides more scares, non-stop action, and twists. There’s spoilers for book one The Farm below, so if you haven’t read that book may want to read my review of The Farm instead. 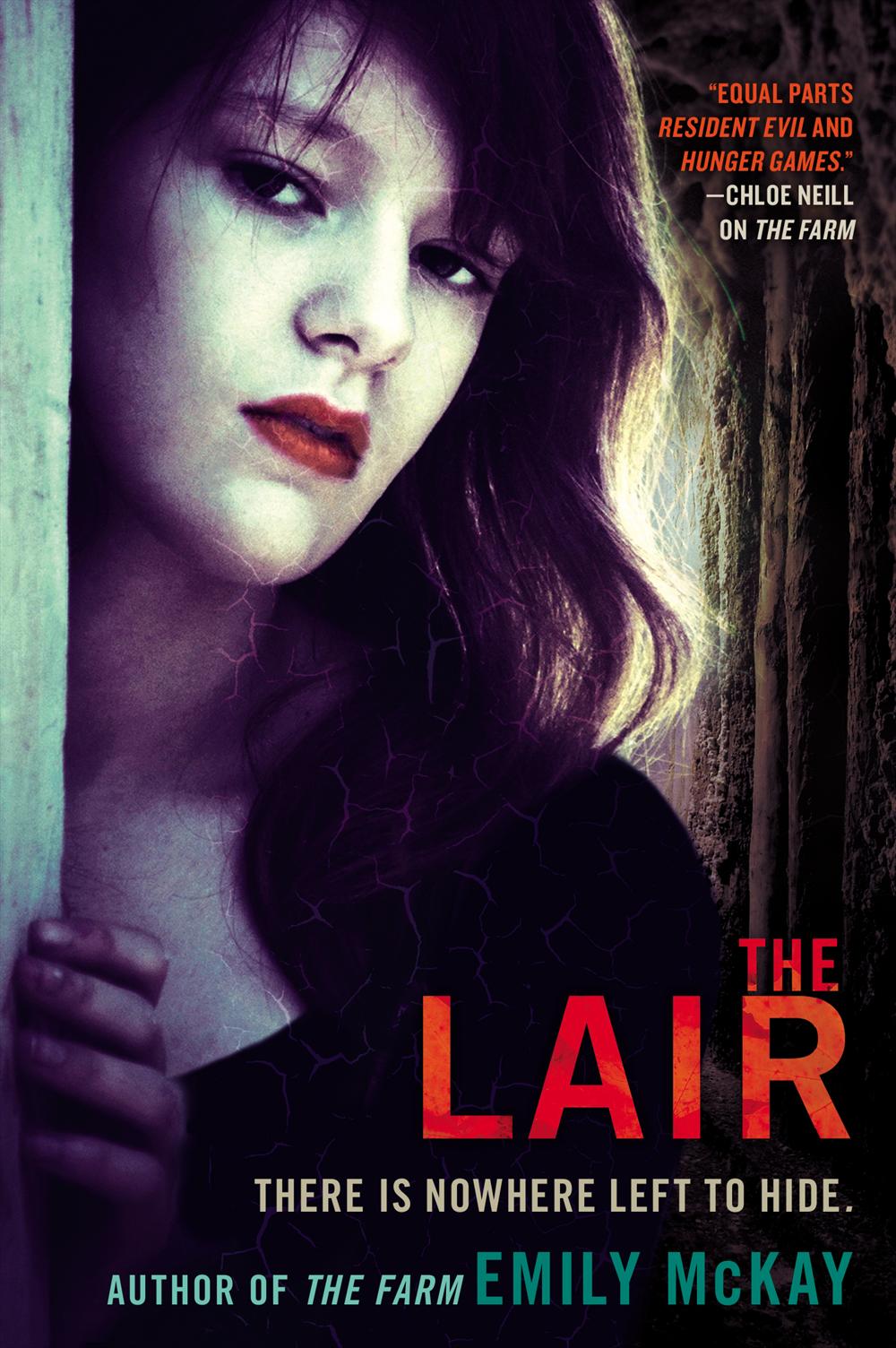 In the battle against the vampiric Ticks, humanity was slowly but certainly headed for extinction. For months, twin sisters Lily and Mel had been “quarantined” with thousands of other young people being harvested for their blood—food for the Ticks. Finally escaping with a few friends, the twins are separated—and must continue the fight on their own . . .

After making it to a resistance base camp in Utah, Lily learned to survive at all costs. But when a Tick attack decimates the fighters, Lily and her pregnant friend, McKenna, decide to make the hard trek north to Canada—and safety.

Meanwhile, Mel is being taught how to survive by the very vampire that turned her. Living without her sister is hard, but dealing with the fact that her autism was cured by the vampire bite is an even bigger challenge.

But when a monstrous betrayal places Lily in mortal danger, Mel must set out to find her, save her, and begin to unravel the empire of destruction that the Ticks have built.

Emily McKay’s The Farm series is a gritty and intense look at the world after monster vampires (Ticks) take over. The human rebellion is struggling to survive the Ticks, but they are clearly outnumbered. In The Lair the stakes are higher, the sisters Lily and Mel are on different paths, and you can’t trust anyone.

It had been a while since I read the first book, The Farm, but I quickly got up to speed. This book has alternating pov with Lily, Mel, and Carter. There is so much going on in the book, and the characters are split in different locations, so the multi pov definitely helps put things in perspective.

Lily’s sister Mel was one of my favorite characters in The Farm, and she is like a different character in The Lair. In The Farm, autistic Mel spoke in nursery rhyme and her chapters were kind of out there. I wanted to see more from her in the sequel, and we definitely get more, but it’s a different “cured” Mel since her transformation. (I kind of miss old Mel!) Lily has always protected Mel and now they get a little role reversal.

As the leader of the human rebellion, Lily’s boyfriend Carter has a lot on his plate. Lily is smart and tough and wants to be in on the action, but when Lily’s in trouble, Carter can’t focus on anything but her. Carter respects Lily’s strength and skills but can’t help but want to protect her, and that’s something they need to work through.

McKay writes an exciting sequel that doesn’t have middle book syndrome. There’s plenty of action and horror that kept my attention late into the night. The story is balanced with some lighter moments and popular culture nods too, like comparing the head of the vampires to a member of One Direction. McKay puts some surprising twists into The Lair, and with things left unresolved, I hope there’s a date for the sequel soon.

If you liked The Farm, you won’t want to miss The Lair, a sequel that I think outshines the first book.

Go to the official Escape the Farm website for behind the scenes info.

The Lair hits shelves tomorrow! Follow the next stops on the blog tour for release day fun @ The Irish Banana and Gone With The Words.

2 thoughts on “The Lair by Emily McKay Blog Tour”