Top Ten Tuesday is an original feature from The Broke and the Bookish. This week we are talking about book worlds we don’t want to live in. Since I live in Los Angeles, I thought I’d focus on dystopian LA since it would be scary to see my home city take such a dark turn! It is fun to read about dystopian LA but I don’t want to live there just yet.

Books set in or around a futuristic or dystopian Los Angeles: 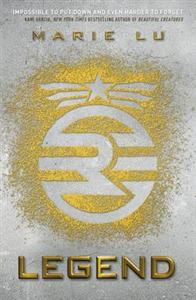 1. Legend by Marie Lu – I’m reading the conclusion to this series now, and Lu’s urban LA is plague ravaged and transformed by violence and global warming. This series is scary because it’s a plausible scenario.

2. Starters by Lissa Price  – In this future LA, a biological attack (and vaccine shortage) has left only the young (under 20) and the old (over 60) standing. The “elders” have the money to body swap with the “starters” who are desperate for money. Let’s hope it never comes to this! 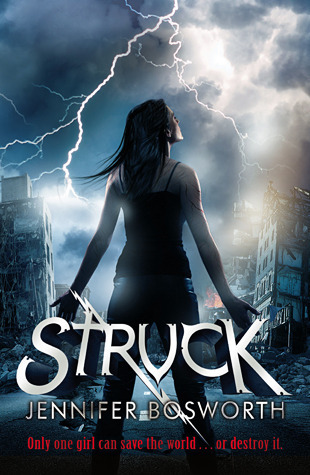 3. Struck by Jennifer Bosworth – Probably many Angelenos’ biggest nightmare – an earthquake has taken out the city in Struck, and religious cults fight for the right to take over. A lightning addict/ human lightning rod is at the center of the power struggle. Living here, you always worry about “The Big One” and this book plays right into that fear.

4. Middle Ground by Katie Kacvinsky – In the second book in the Awaken trilogy, part of the action shifts to Los Angeles, which is again rattled by earthquakes. Most of the book takes place in a detention center, where the heroine is undergoing reprogramming to embrace the digital world. (She had been rebelling against an all-digital school system) This series is so relevant with today’s reliance on technology and how that may look in the future.

Since there are not as many books about dystopian LA as I thought, let’s switch to movies:

5. Blade Runner – This 1982 film is set in a 2019 dystopian Los Angeles- wow, five years from now! Where are the androids and flying cars?

6. Elysium – Set in 2154, the Los Angeles in the film was shot at an enormous garbage dump. Pollution and over-crowding created this dark future. Only the very wealthy can escape the slums for the greener pastures of Elysium.

7. Her – This is a near-future (and barely recognizable) Los Angeles and looks at the impact of the digital age on our culture. But, hey, at least Her shows we will have an excellent mass-transit system in a few decades. And retro-futuristic fashions!

8. This is The End – After all the earthquakes, global warming, pollution, and biological attacks in these LA books/movies you may want some comic relief. The star-studded This is The End shows the celebrity side of a global apocalypse.

I think we’re going to leave it at a Top 8 this week- all this doom and gloom got to me. What book worlds do you want to stay far, far away from?

Jonesing for January: Most Wanted Books
Top Ten Books I Want To Read But Don’t Own Yet

Ready Player One by Ernest Cline: Audiobook Review
Deals for your Kindle (8)
What to Read in July: New Releases To Watch For

13 thoughts on “TTT: A Bleak Future LA in Books and Movies”