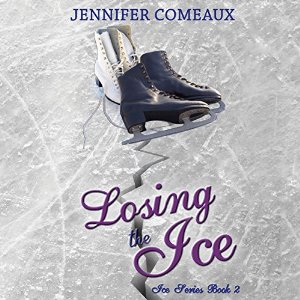 Also by this author: Taking the Ice

Courtney and Josh are in love and excited to finally compete as skating partners. When they take the ice for their first competition, they want to show everyone, especially Josh's family, they are the perfect pair. But ice is slippery, and one misstep puts all their dreams in jeopardy. Now they must show each other that both their love and their partnership are strong enough to survive.
This is a novella and the sequel to Crossing the Ice: Ice Series, Book 1.

Losing the Ice is the sequel novella to last year’s Crossing the Ice. I really liked getting to know the world of competitive figure skating with this series, and appreciate the icy setting in the midst of a hot and humid summer. I was glad to see there’s a sequel to check in on competitors-turned-power-couple Josh and Courtney. The title Losing the Ice hints at rocky times and I was surprised to see the challenges facing our favorite skating duo. This novella packs a lot of action and character development in its just-under-four-hour audiobook. I enjoyed revisiting this world though it also made me anxious for the next installment!

As Losing the Ice begins, Josh and Courtney are together and a happy couple on and off the ice. Soon though they are faced with a challenge (a skating accident) that threatens their Olympic dreams. Their relationship is fairly new to take on a test like this, and Josh and Courtney get support from an unlikely source.

Author Jennifer Comeaux makes the skating scenes shine and makes you invested in Josh and Courtney’s dreams of Olympic gold. Sometimes novellas seem kind of throwaway but this one really moves the story along in a satisfying way. Comeaux’s writing is engaging and she adds new dimensions to her characters in this installment. One character in particular really steps up to the plate, though Josh’s parents are still insufferable.

I listened to the audiobook, read by narrator Emily Stokes. Stokes has a knack for voices, and her voice for the protagonist Courtney is especially strong. Stokes also has fun with the voices for the young twins, Mrs. Cassar, and the skating coaches. There is also a point in the book where Courtney talks on the phone and Stokes makes the background sound kind of muffled like you are hearing an actual phone call. There was a little bit of background noise in the audiobook that was distracting at times but overall I thought Stokes did a good job with the narration.

If you enjoy figure skating or sports romance I highly recommend you check out this series. Look for the final installment, Taking the Ice, this fall.

Ready Player One by Ernest Cline: Audiobook Review
V is for Virgin by Kelly Oram Review and Giveaway 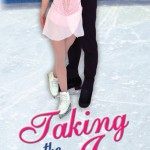 3 thoughts on “Audiobook Review: Losing The Ice by Jennifer Comeaux”