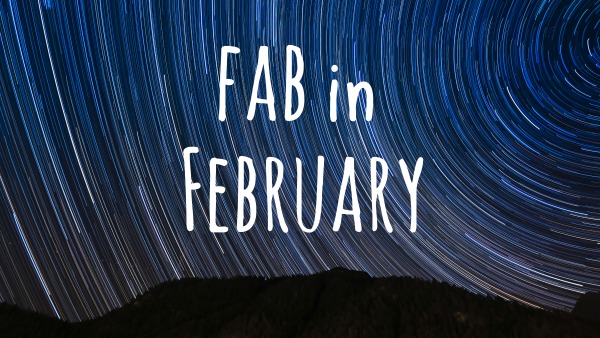 Happy February! (better late than never) Here are some February treats on my radar this month:

The Hate U Give by Angie Thomas – Feb. 28, Balzer + Bray. This debut has gotten tons of attention, and there’s even a movie version in development with Amanda Stenberg attached to star. THUG is about racism and police brutality and centers on 16-year old Starr and her search for justice. The audiobook is narrated by the amazing Bahni Turpin and I can’t wait to listen.

The Education of Margot Sanchez by Lilliam Rivera – Feb. 21, Simon & Schuster. Margot has to work in her father’s store as punishment for borrowing her father’s credit card in this debut described as “Pretty in Pink comes to the South Bronx.”

Piecing Me Together by Renée Watson – Feb. 14, Bloomsbury. Jade is eager for college and to leave her neighborhood behind. To get there, she reluctantly attends a mentorship program for “at-risk” girls. This Portland, Oregon-set book takes on friendship, race, activism, and privilege.

We are Okay by Nina LaCour – Feb. 14, Dutton. LaCour is a favorite YA author of mine and I can’t wait to read her latest. This one is about friendship, grief and love. It’s set in present day New York with flashbacks to Ocean Beach, CA.

American Street by Ibi Zoboi – Feb. 14, Balzer + Bray. This coming-of-age story is about Fabiola, a Haitian immigrant girl adjusting to her new life in Detroit. It’s topical with the issue of immigration, and plus there’s some magical realism in the story.

A Season of Daring Greatly by Ellen Emerson White – Feb.14, Greenwillow. Jill Cafferty makes history by being the first woman signed by a major league baseball team. She’s a pitcher dealing with media pressure, some unwelcoming teammates, and the pressure of being a role model. I love the show Pitch so this premise really appeals to me.

Swimming Lessons by Claire Fuller – Feb. 7, Tin House.  This family drama is about a mysterious disappearance, with clues in letters left hidden in books.

Pachinko by Min Jin Lee – Feb. 7, Grand Central. We follow one Korean family through four generations in this sweeping story of family, culture and identity.

The Burning World (Warm Bodies #2) by Isaac Marion – Feb. 7, Atria. The zombie love story continues with the further adventures of R and Julie.

Universal Harvester by John Darnielle –  Feb. 7, Farrar, Straus & Giroux. It’s the late ’90s and Jeremy works at a small-town video store. Some patrons are returning their VHS copies of movies and saying that there’s some creepy scenes inserted into the tapes, and further research shows the clips are filmed at a local barn. Sounds unsettling!

The Possessions by Sara Flannery Murphy – Feb. 7, Harper. Edie works as a “body” for the Elysian Society, helping to connect clients with their deceased loved ones. She falls for a widower when she channels his dead wife Sylvia, and she can’t seem to shake Sylvia’s presence.

The Good Fight – Feb. 19 on CBS All Access. I really want to watch this Good Wife spinoff but don’t want to add another streaming service. Hopefully they strike a deal with Hulu/Netflix sometime.

Twin Peaks – Count down to the May 21 premiere with #TwinPeaksSundays on Showtime – two episodes air each Sunday. Or binge-watch on Netflix!

5 thoughts on “February Treats: What to Read and Watch”