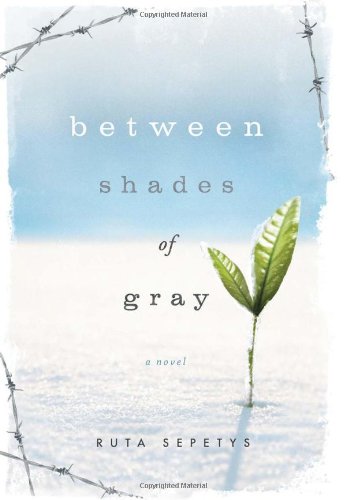 This book has been on my radar for a while but I’ve put off reading it time and again. I knew that the book would be very good, but the subject matter made me reluctant to pick it up. This book got a lot of attention last year and is noted for being a well-written and harrowing story and one of the years best in young adult fiction. I enjoy historical fiction and the fact that this novel delivers a different side of World War II interested me. The shades of gray aspect caught my attention too and I wanted to see how that came into play. I decided to listen to the audiobook, narrated by Emily Klein.

Between Shades of Gray is a powerful read about one girls experience in work camps during World War II. Lithuanians were forcibly taken from their homes and sent by train to Siberia to work in horrible freezing conditions.  They were given very little in the way of food and shelter and were treated like criminals. In this story, Lina, along with her mother and little brother are separated from her father, and taken to the Arctic Circle to a work camp. Lina is an artist and documents her time in the camp through painting and drawing on scraps of paper, hoping her drawings will reach her father. The family is stretched to the limit in terms of food shortage, disease and illness, and abuse. Their story is not easy to read, and disturbing many times, but hard to put down.

Lina’s story is not sugar coated and it’s very bleak, but her family’s courage and determination is admirable. Though around them people are killed and dying of hunger and disease, they continue on as best they can while remaining true to themselves. Flashbacks are interspersed in the story and let you see into the family’s happy life before the displacement. It is a stark comparison to their present day circumstances. I liked that Lina had art as an outlet and her bravery to use it to tell her story. Lina’s mother is especially inspiring and a great example for compassion and dignity to everyone in the camp.

The novel does show the shades of gray of people as the title suggests. I was continually surprised by the actions of some of the characters in the book, and how behaviors contradicted my expectations.

The audiobook is just under eight hours long, and Emily Klein does a great job with the narration and bringing the reader into the story. She captures the distinct voices of the characters well, and conveys the appropriate emotional intensity to the story. Listening to the audiobook actually made some of the scenes more difficult to get through because they seemed so real. At the end of the story the author talks about writing the book (linked below), and that just brought the tears all over again.

Though the subject matter is difficult, the story is a worthwhile read and educated me on this time in history. The story is very compelling and really puts things into perspective when you look at the problems of your own life. Recommended for anyone, even if you don’t usually read historical fiction.  I look forward to reading more from this author. 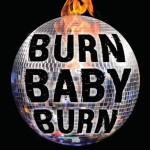 8 thoughts on “Between Shades of Gray by Ruta Sepetys: Audiobook Review”