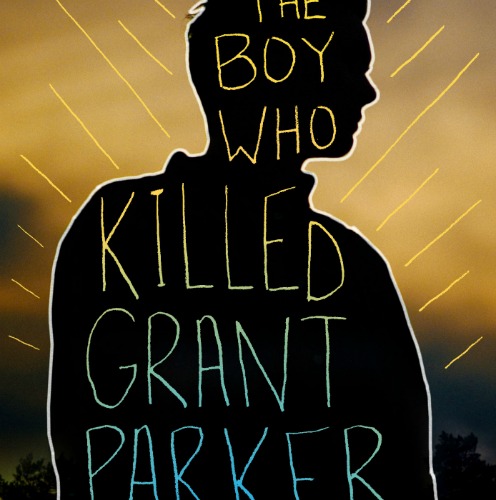 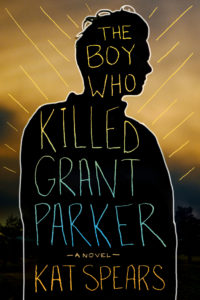 Luke Grayson's life might as well be over when he's forced to go live in rural Tennessee with his Baptist pastor father. His reputation as a troublemaker has followed him there, and as an outsider, Luke is automatically under suspicion by everyone from the principal at his new school to the local police chief. His social life is no better. The new kid in town is an easy target for Grant Parker, the local golden boy with a violent streak who has the entire community of Ashland under his thumb.

But things go topsy-turvy when a freak accident removes Grant from the top of the social pyramid, replacing him with Luke. This fish out of water has suddenly gone from social outcast to hero in a matter of twenty-four hours. For the students who have lived in fear of Grant all their lives, this is a welcome change. But Luke’s new found fame comes with a price. Nobody knows the truth about what really happened to Grant Parker except for Luke, and the longer he keeps living the lie, the more like Grant Parker he becomes.

In The Boy Who Killed Grant Parker, Luke moves from the city to the country to live with his Baptist pastor father. He is soon labeled a troublemaker and earns the disdain of the town golden boy Grant Parker. But when Grant gets injured, Luke goes from zero to hero, and the bullied becomes the bully. This coming of age is a good one for back to school with topics of bullying and social hierarchies. Read on to check out an excerpt, and enter to win a copy of the book.

Luke’s a senior who’s starting at a new school, and it’s not an easy transition:

A new student might have gone unnoticed for days or weeks (maybe months if he played his cards right) at my old school. Washington, DC, was such a transient city that people were always coming and going. But in Ashland, I might as well have been wearing a bell announcing myself as a leper. People stared and spoke in low voices to each other as I passed in the hallway.

If I heard laughter, I assumed it was directed toward me, as if everything about me was under scrutiny—my clothes, my hair, the way I walked, the Mount Vesuvius–like stress pimple that had erupted on my chin that morning.

The only thing I had going for me, maybe, was that my appearance was almost depressingly average. I might as well have been wallpaper. And that was exactly the way I wanted it—to blend into the background and go unnoticed.

I managed to find the office without asking anyone for directions, and the receptionist greeted me in a southern drawl so outrageous it seemed like it had to be a put-on.

“I’m Luke Grayson,” I said. “I’m new here.” Captain Obvious. As a stranger in Ashland, I stuck out like a boner in sweatpants.

“Well,” she said, the word gusting out as she folded her hands on the desk and pressed them into her bosom, “I go to your daddy’s church, and I never knew anything about Pastor Grayson having a son until we got word you were coming. Of course, he’s such a busy man, what with all the goings-on we’ve had since Easter. Three funerals in as many months. Never a good sign if a church has more funerals than baptisms, wouldn’t you say?”

I wouldn’t, but I kept my mouth shut and tried to convey concern in my expression, though it was a lie. The tardy bell rang as she droned on about the business of my dad’s church, and I feigned interest, while in my mind all I could really focus on was the fact that I would now have to enter class late and be even more of a spectacle than I already was.

“Principal Sherman wants to have a quick visit with you before you start the day,” the receptionist said, once it was obvious I was going to fail miserably at making small talk, and then she picked up the receiver of the ancient desk phone.

As I was shown into the principal’s office he came around from behind his desk to shake my hand and gestured for me to take one of the hard-backed chairs, though a leather couch along one wall offered a more comfortable option. He was middle-aged, with the paunch of a former football player, and his doughy hands clashed with the tailored suit he wore. His desk was an ocean of polished oak, and my chair was at least a few inches lower to the ground than his so that I felt small and insignificant sitting across from him. I disliked him immediately, feeling that he would have been more at home on a used-car lot than in a high school administration office. And once he started talking, I knew the disproportionate height of the chairs and the size of the desk were both power plays, his intention to make whoever sat across from him feel powerless.

“So, Mr. Grayson,” he said as he crossed one leg over the other, shot his cuffs, and twitched his hand to settle a heavy gold watch against a meaty wrist. “How are you settling in?”

“Uh. Fine, I guess.” My response came out as a wavering question since I wasn’t sure how well I should have settled in during the five minutes I had been at Wakefield High School.

He just nodded at my answer, as if it was the response he had been expecting but wasn’t really interested in whether it was true.

The ocean of wood between us housed only a phone and a pen holder with a faux-bronze nameplate on the front of it. The name LESLIE G. SHERMAN was inscribed on the plaque. I wondered what the “G” stood for and how he felt about having a girl’s name. I could only assume the “G” stood for something worse than Leslie. I was distracted with trying to think of a name worse than Leslie that started with a “G”—Garfield? Grover?—when he startled me with his attack run.

“Since it’s your first day here I’m not going to make a federal case out of it, but we do have a student dress code.” He was looking so pointedly at my chest that I couldn’t help but steal a self-conscious glance at my Death Cab for Cutie T-shirt. My stepmom, Doris, had already made a federal case out of my shirt that morning at breakfast.

“Yes. Really,” he said with such condescension that I wondered if he had kids of his own who hated him. “T-shirts with printed designs have been strictly forbidden since the Columbine tragedy.” His expression conveyed the very real concern that my T-shirt would inspire a Columbine-like incident.

“Okay,” I said as I tried to think of what shirts I owned that didn’t include printed designs. Did a Georgetown University sweatshirt count as a printed design? I wasn’t sure. But it didn’t seem the right time to ask.

“Mr. Grayson, I have a great deal of respect for your father,” the principal said, changing the subject abruptly. He paused in anticipation after he said this, waiting for an appropriate response. I was still shifting gears from Columbine and printed T-shirts and I wasn’t sure what an appropriate response should be, so the pause dragged on—from awkward to painful.

Finally I said, “Thanks.” As if I was entitled to some credit for how respectable my father was.

“Ashland is a strong Christian community, as I’m sure you know since your father is a man of God.” I was starting to get the sense that he had practiced this speech ahead of time. Like he had an agenda and had worked out in his mind how to approach it in a roundabout way.

“Yes. Strong,” I said, feeling like an idiot as I said it.

My eyes wandered around the room as I tried to think of something clever to say to alleviate the impression that I was a moron. A large framed print hung on the wall behind the desk, the words THE PRINCIPAL IS MY PAL—THAT’S THE PRINCIPLE WE LIVE BY displayed in colorful block letters.

“I’ve been reviewing your records from your previous school,” he said as he reached forward to lift the papers in front of him, the implied threat made all the more menacing because it was an alarmingly thick stack of papers.

I wasn’t sure what to say. I decided to stay silent, not give anything away in case some things hadn’t been committed to paper. Better to remain silent, not incriminate myself, than to start offering up explanations.

“Your grades were … unexceptional,” he said, maybe still trying to be polite.

Unexceptional was putting it mildly, though I would often argue with my mom that a C average was just that—average. I didn’t aspire to be anything other than average.

I kept silent, not wanting to do anything that would extend my stay in his office.

“It seems that you also like to challenge authority, Mr. Grayson,” Leslie said as he frowned at the second stapled page of my permanent record.

“I went to an all-boys school when I lived in DC,” I said with an innocent shrug. “Pranks are just the usual there.”

“This seems much more serious than pranks.” He looked at me expectantly over the rims of his reading glasses. “These notes indicate that on one occasion there was personal injury to another student and property damage to the school. Does that seem like just an innocent prank to you, Mr. Grayson?”

The Boy Who Killed Grant Parker is on sale now.

KAT SPEARS has worked as a bartender, museum director, housekeeper, park ranger, business manager, and painter (not the artistic kind). She holds an M.A. in anthropology, which has helped to advance her bartending career. She lives in Richmond, Virginia with her three freeloading kids. She is the author of Sway, Breakaway, and The Boy Who Killed Grant Parker.

Enter to win a copy of The Boy Who Killed Grant Parker!

Prizing provided by St. Martin’s Griffin, and shipped by The Reading Date

Giveaway open to US  residents age 13 and up

He Will Be My Ruin by K.A. Tucker
Writing Great Books for Young Adults Excerpt and Giveaway

Audiobook Review: The Great American Whatever
This is the Story of You by Beth Kephart | Guest Post and Giveaway