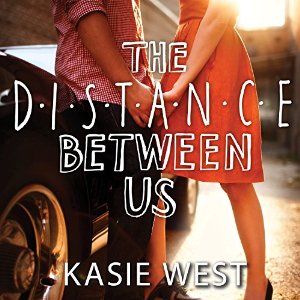 Seventeen-year-old Caymen Meyers learned early that the rich are not to be trusted. And after years of studying them from behind the cash register of her mom's porcelain-doll shop, she has seen nothing to prove otherwise. Enter Xander Spence - he's tall, handsome, and oozing rich. Despite his charming ways and the fact that he seems to be one of the first people who actually gets her, she's smart enough to know that his interest won't last. Because if there's one thing she's learned from her mother's warnings, it's that the rich have a short attention span. But just when Xander's loyalty and attentiveness are about to convince Caymen that being rich isn't a character flaw, she finds out that money is a much bigger part of their relationship than she'd ever realized. With so many obstacles standing in their way, can she close the distance between them?

The week before Valentine’s Day I felt like reading some fluffy contemporary YA books and happily remembered I had three audiobooks by Kasie West to listen to, and I proceeded to binge on them instead of Valentine’s Day chocolate. These books are all really cute romantic stories about life, family, and friendship that are breezy and relatable. I think fans of Sarah Dessen, Miranda Kenneally, and Emery Lord would enjoy reading this author. I dig more into the three books I read below. Read on!

In The Distance Between Us, Caymen works tirelessly at her mom’s struggling porcelain-doll shop, not daring to hope she can afford college to pursue a science degree. Though the shop caters to a wealthy clientele, Caymen’s mom doesn’t trust rich people. So when Caymen falls for a well-off looking guy picking up a doll for his grandmother, she keeps it to herself. She does bring around a local musician instead whom her mom seems to approve of. Why does Caymen’s mom distrust rich people so much, and why is she behaving so strangely lately?

Caymen has a sarcastic wit about her that appeals to Xander, and he tries to get on her good side by bringing her tasty treats. They go on a series of career day outings to try to find out what they’re best suited for, regardless of their parent’s expectations.

The romance is sweet and swoony and the issues of family, privilege, and career are very relatable. There is a surprising reveal that takes the story in an unexpected direction.

Jorjeana Marie narrates the audiobook and captures Caymen’s snarky demeanor well. I sped up the narration to about 1.5x and that made the listening experience even better.

Pick this one up if you like Pretty in Pink type stories. 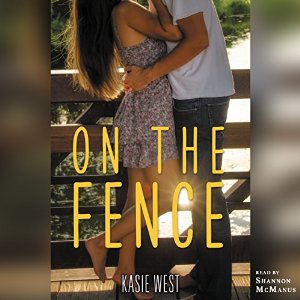 She's a tomboy. He's the boy next door. With three older brothers, Charlotte Reynolds, aka Charlie, has always been more comfortable calling the shots on a basketball court than flirting with the opposite sex. So when her police officer dad demands she get a summer job to pay for the latest in a long line of speeding tickets, she's more than a little surprised to find herself working at a chichi boutique and going out with a boy who has never seen her tear it up in a pickup game.

Charlie seeks late-night refuge in her backyard, talking out her problems with her neighbor and honorary fourth brother, Braden, sitting back to back against the fence that separates them. Braden may know her better than anyone. But there's a secret Charlie's keeping that even he hasn't figured out - she's fallen for him. Hard. She knows what it means to go for the win, but if spilling her secret means losing him for good, the stakes just got too high.

On the Fence is a sweet and satisfying listen about finding yourself and finding love where you least expect it.

In On the Fence Charlie is surrounded by boys. Her three brothers, single dad, and next-door neighbor all keep a protective eye on her, though she can definitely hold her own against them playing any sport. When Charlie gets another speeding ticket her dad decides it’s time for her to get a job to repay him. The job at a clothing boutique opens her eyes to makeup, new clothes and hanging out with the girls. And she surprises herself by not hating it. She’s having trouble reconciling this new Charlie with the person she is with her brothers at home. Plus, there are some nightmares about her mother’s deadly car accident that she still needs to deal with…

There is one person Charlie can really talk to and that’s her next-door neighbor Braden.  They have late night talks by the fence and that’s when they both feel they can let down their guard. But Charlie’s feelings are becoming more than friendly towards Braden- does he feel the same?

This relatable story takes on relationships, and the fear that family won’t accept the changes in you. I enjoyed the family dynamic with Charlie and her brothers and how her guy insight gave her an edge with relating to potential love interests. There is some good stuff also about body image and self-confidence as well.

The audiobook is read by Shannon McManus and she’s an upbeat reader with an age-appropriate voice. She gets to use different male voices for the many male characters and I was able to tell them apart. She doesn’t overdo with the voices- this was a pleasant listen all around. This is a Whispersync-for-Voice title so if you have the kindle book you can add the narration for just a few bucks more. (Find your Kindle Matchmaker here) 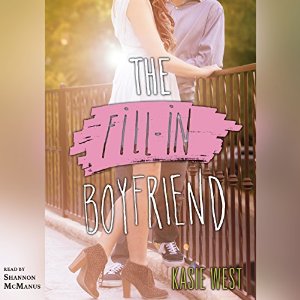 When Gia Montgomery's boyfriend, Bradley, dumps her in the parking lot of her high school prom, she decides to do the unthinkable...convince the cute guy waiting to pick up his sister to pretend to be her boyfriend for the night. The task is simple: two hours, zero commitment, a few white lies.

The problem is that days after prom, she can't stop thinking about her fill-in boyfriend. But can Gia turn her fake boyfriend into a real one without exposing her lie and possibly destroying her friendships and her newfound relationship?

Smartly observed and wonderfully romantic, Kasie West's talent shines in this tale of one girl's unexpected quest to find love...and possibly herself.

The Fill-In Boyfriend is Kasie West’s latest book, and it might be my favorite, but maybe because I read it first. This one is about Gia, a girl who needs a “fill-in boyfriend” when her boyfriend dumps her right before prom. Her friends don’t believe this college boyfriend exists so she can’t just show up alone. She meets a boy dropping off his sister and he becomes her “fill-in Bradley.” She hoped to reconcile with the real Bradley after the dance, but she can’t stop thinking about her fake boyfriend…

Gia gets in over her head with the lies in Fill-In Boyfriend. She has a frenemy who is just waiting to trip her up. Hanging out with her fill-in boyfriend and his sister feels like a better fit for her but she has put so much time into her popular girl lifestyle that she’s afraid to be herself.

The fake boyfriend also wants Gia to play fake girlfriend so he can win back his ex. But spending more time together just complicates their feelings more.

Gia is also struggling with her family. Her brother sees her as this social media and status-obsessed girl who will take down her Instagram photo if it doesn’t have enough likes. She wishes she could be more herself with them like fake boyfriends family.

The character development is strong in this one, and Gia changes a lot from the shallow girl she was at the beginning. She sees that popularity isn’t everything and you shouldn’t have to lie to keep your friends with her newfound maturity.

This audiobook is also read by Shannon McManus and she conveys a lot of personality with her narration. She’s a great fit for these books. This is another Whispersync-for-Voice title so if you have the kindle book you can add the narration for just a few bucks more.

These contemporary YA reads were fun binge listens that I recommend for when you need some lighter reads. I’m looking forward to Kasie West’s next book P.S. I Like You due out this summer.

Rites of Passage by Joy N. Hensley
Better Nate Than Ever by Tim Federle Audiobook Review 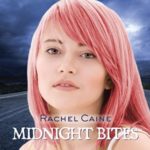