So, I was only going to join the Debut Author Challenge this year, but I decided to add a few more. I do like reading challenges for the motivation and to help organize my reading throughout the year.

A few book titles carryover into more than one challenge. The titles listed are a work in progress and I’m sure there will be changes made throughout the year.

These are the challenges I will be tackling: 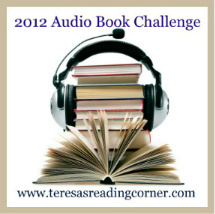 There are four levels to the challenge:

Since I’ve listened to about 20 audiobooks this year I think I can achieve 25 next year. Titles TBD. 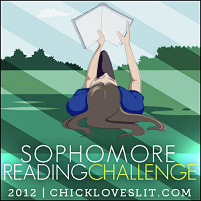 After getting hooked on several debuts last year, I’m eager to read their sophomore efforts this year. The challenge is to read 10 sophomore YA/MG novels in 2012:

4. A Million Suns by Beth Revis

8. Girl of Nightmares by Kendare Blake

9. The Torn Wing by Kiki Hamilton

10. Crown of Embers by Rae Carson 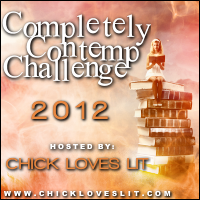 Contemporary is a category I’ve been reading more and would like to continue that trend. I like this challenge because the goal is to read books from 2010-2012, and I’ll be able to catch up on some of the books on my shelves already. The goal is to read at least 3 books total, and I’m going to try to read 5 books for each year.

2. Some Girls Are by Courtney Summers

3. A Match Made in High School by Kristin Walker

4. The Extraordinary Secrets of April, May, June by Robin Benway

2. The Probability of Miracles by Wendy Wunder

1. The Fault in Our Stars by John Green

3. The Statistical Probability of Love at First Sight by Jennifer E. Smith

4. The Fine Art of Truth or Dare by Melissa Jensen 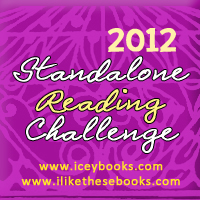 The Standalone Challenge is hosted by Hafsah @ IceyBooks & Britta @ ilikethesebooks.

Sometimes it’s nice for a change of pace to read a book that’s not part of a series. The goal of the Standalone challenge is to read 15 standalone books released in 2012:

1. The Statistical Probability of Love at First Sight by Jennifer E. Smith

3. The Fine Art of Truth or Dare by Melissa Jensen

4. This is Not a Test by Courtney Summers

6. In Honor by Jessi Kirby

12. The Fault in Our Stars by John Green

14. The Other Life by Suzanne Winnacker

15. The Vicious Deep by Zoraida Cordova 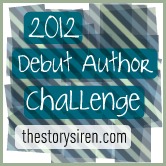 I’ve signed up for the Debut Author Challenge hosted by Kristi @ The Story Siren.

These are the debut books I’m planning to read:

3. Under the Never Sky by Veronica Rossi (February, ATOM)

4. Above by Leah Bobet (April, Arthur A. Levine books)

10. Struck by Jennifer Bosworth (May, Farrar, Straus and Giroux BYR)

I just found out about this challenge in Feb. but am excited to participate. The YA Audiobook Challenge is hosted by Jen @ A Book and A Latte. Since I listen to so many YA audiobooks, the required 12 should be a snap!

1. The Probability of Miracles by Wendy Wunder

2. A Million Suns by Beth Revis

3. Jessica Rules the Dark Side by Beth Fantaskey

5. Between Shades of Gray by Ruta Sepetys

Which reading challenges are you taking on this year?

Review: The Future Of Us by Jay Asher & Carolyn Mackler
Top Ten Books I Resolve to Read in 2013
Audition by Stasia Ward Kehoe
The Unidentified by Rae Mariz
Waiting on Wednesday: Possess by Gretchen McNeil