I’m excited to be the next stop on the Black City blog tour!  Black City is Elizabeth Richards’ debut novel and it’s a post-apocalyptic paranormal romance. The book hasn’t even hit shelves yet, but a film deal is in the works. So, big expectations right off the bat! Richards makes YA dystopia interesting again with compelling characters and a story that grabs you right from the beginning. Don’t forget to enter the giveaway below for your chance to win the first two books in the Black City Chronicles! 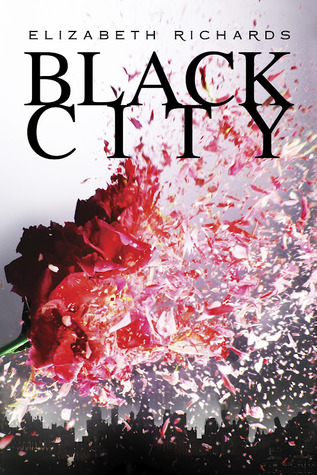 A dark and tender post-apocalyptic love story set in the aftermath of a bloody war.

In a city where humans and Darklings are now separated by a high wall and tensions between the two races still simmer after a terrible war, sixteen-year-olds Ash Fisher, a half-blood Darkling, and Natalie Buchanan, a human and the daughter of the Emissary, meet and do the unthinkable—they fall in love. Bonded by a mysterious connection that causes Ash’s long-dormant heart to beat, Ash and Natalie first deny and then struggle to fight their forbidden feelings for each other, knowing if they’re caught, they’ll be executed—but their feelings are too strong.

When Ash and Natalie then find themselves at the center of a deadly conspiracy that threatens to pull the humans and Darklings back into war, they must make hard choices that could result in both their deaths.

I picked up a copy of Black City at Comic-Con and the eye-catching cover is the first thing that got my attention. I like the exploding rose visual over the city landscape, very striking. I went into the book not knowing what to expect. I thought it would be a dystopia but I was pleasantly surprised that there is a paranormal element as well. I like the fresh take on the vampire-like Darklings, and how the author takes it to the next level by bringing up the struggles for equality and fair treatment for all.

Black City is about Ash, a twin-blood Darkling (similar to a half human/half vampire) who struggles to make ends meet, and Natalie, the (human) privileged daughter of a government big shot.  They are from two different worlds and romance between them is forbidden. Too bad they have instant chemistry in a love/hate sort of way. Ash and Natalie find themselves attending the same school in Black City, an area torn apart by war, and find it hard to stay away from each other. 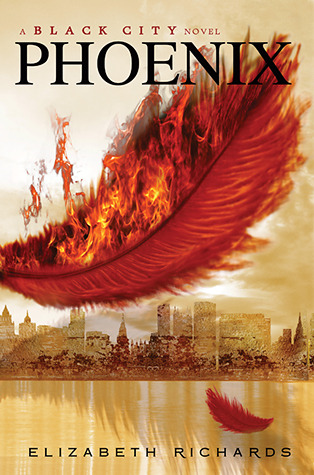 We get inside Ash and Natalie’s heads through their alternating POV narration. The character voices are distinct and the short alternating chapters keep the book moving at a swift pace. From the opening pages I was hooked as we immediately dove right into the action.

The tension ramps up in the story and there are surprises and reveals to keep things interesting throughout. Both Ash and Natalie show character growth and even though the odds are stacked against them I was rooting for them as a couple.

The writing is smart and engaging and visual, and I think Black City will translate very easily to the big screen. Fans of Legend and romantic dystopia will eat Black City up.

You can find Black City on bookshelves next week. And the next book in the series, Phoenix , will follow next Summer. Check out the cool cover at right. The synopsis is spoilery so don’t read it until you’ve read the first book! 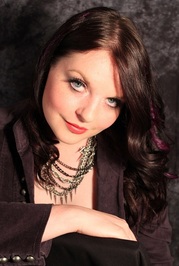 Good Choice Reading is hosting a giveaway and Two winners will come away with a finished copy of Black City and a pre-order of the sequel Phoenix. Sweet deal! Find out all the deets on the Rafflecopter giveaway form. Follow along with all the Black City tour stops for more chances to win by clicking here.