Hey all! Did you know today is the release date for Abigail Haas‘ Dangerous Boys? I know a lot of you loved reading last years Dangerous Girls, and though this is not a sequel, it’s still a twisty thriller in the same vein as DG. If you like psychological thrillers you should check it out.

I’m reading Dangerous Boys now and it kicks off with a bang. It’s about a girl torn between two brothers, and someone ends up dead- but who and why? So mysterious!

Haas is self-publishing this e-book exclusive here in the US for $5.99. And UK readers can also pick up this book today in paperback.

Three teens venture into the abandoned lake house one night; hours later, only two emerge from the burning wreckage. Chloe drags one Reznick brother to safety, unconscious and bleeding; the other is left to burn, dead in the fire. But which brother survives? And is his death a tragic accident? Desperate self-defense?

Chloe is the only one with the answers. As the fire rages, and police and parents demand the truth, she struggles to piece together the story of how they got there-a story of jealousy, twisted passion, and the darkness that lurks behind even the most beautiful of faces…

Dangerous Boys is on sale now:

“Dangerous Boys is a taut, compelling thriller balanced on the razor’s edge of suspense. I could not put it down, and could not stop grinning wickedly as I raced through the pages.” — Leah Raeder, USA Today bestselling author of Unteachable

“Abigail Haas is a master at her craft! This is a special book and a special author. This is the kind of storytelling and writing that stick with you no matter how much time passes.” — The Book Geek Blog

“As with Dangerous Girls, the closing left me with a huge, admittedly rather twisted smile on my face. I don’t know how Haas manages to turn me into such a gleefully evil creature.” — Dahlia Adler, blogger.

“Dangerous Boys was an intense, psychological read which was full of suspense and drama,…Abigail Haas has a way of writing books which reel you in and keep you there, hooked and addicted until the very last page.” — Goodreads.com 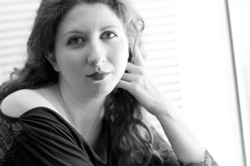