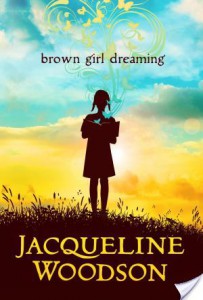 Jacqueline Woodson, one of today's finest writers, tells the moving story of her childhood in mesmerizing verse.

Raised in South Carolina and New York, Woodson always felt halfway home in each place. In vivid poems, she shares what it was like to grow up as an African American in the 1960s and 1970s, living with the remnants of Jim Crow and her growing awareness of the Civil Rights movement. Touching and powerful, each poem is both accessible and emotionally charged, each line a glimpse into a child’s soul as she searches for her place in the world. Woodson’s eloquent poetry also reflects the joy of finding her voice through writing stories, despite the fact that she struggled with reading as a child. Her love of stories inspired her and stayed with her, creating the first sparks of the gifted writer she was to become.

Praise for Jacqueline Woodson: Ms. Woodson writes with a sure understanding of the thoughts of young people, offering a poetic, eloquent narrative that is not simply a story . . . but a mature exploration of grown-up issues and self-discovery.”—The New York Times Book Review

This book is powerful and poetic and I’m sure I’m not alone in feeling unable to express my feelings about the book as eloquently as Woodson. I’m not even going to attempt writing a review in verse. The verse format makes the words hit that much harder and evoke more emotion. It was the perfect choice for this book. Though BGD is a slim volume, I savored it by reading a little each night.

I love the idea of chronicling family stories and revisiting the past. As time passes, I’m thinking about my family and wishing that my mom and grandparents’ history were documented somewhere. Woodson brings the past to life and makes you feel like you are in the kitchen with her grandmother, playing with her siblings, or exploring New York with your best friend. What a great gift and love letter to her family. There are even pictures of the family members at the end of the book so the reader can put a face to the name.

This book takes place during the civil rights movement, and we see how that looks in South Carolina and New York and hear about Martin and Malcolm and the emergence of the Black Panthers. Religion is also a big part of Woodson’s life, and her grandmother raised her as a Jehovah’s Witness, something she continued when she moved with her mother to Brooklyn.

Woodson lived in the shadow of her bright older sister when she was growing up. But a composition notebook opened up a whole new world:

I don’t know how my first composition notebook

ended up in my hands, long before I could really write

someone must have known that this was all I needed.

It’s inspiring to see Woodson find her passion for writing, and how teachers in Woodson’s life reinforced that choice. I’m sure Woodson’s journey will be meaningful for other aspiring young authors.

This book is a gem and I’m eager to read more of Woodson’s work. I bet this would be great to listen to in audiobook form too, especially since it’s read by the author.

Before You Break by Christina Lee Review, Excerpt and Giveaway
Sure Signs of Crazy by Karen Harrington Audiobook Review
Out of This Place by Emma Cameron Audiobook Review
Roald Dahl Audiobook Giveaway Part Deux
Mailbox Monday (115)
#YADIVERSITYBOOKCLUB Discussion: Into White 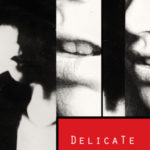