Hello, dear readers! John Corey Whaley’s third book Highly Illogical Behavior is on sale today! You may know this author from his highly acclaimed books Where Things Come Back and Noggin. Today the author stops by to share his awesome Highly Illogical Behavior book soundtrack. The eclectic playlist fits the book to a T and has songs ranging from Star Trek: The Next Generation (the protagonist is a Trekkie) to Of Monsters and Men to David Bowie.

Highly Illogical Behavior is about an agoraphobic teen named Solomon. He hasn’t left his house in three years, ever since experiencing a very public panic attack involving a fountain at his middle school. A local high school student who has an interest in psychology befriends Solomon. Lisa is hoping to make Solomon her case study so that she can write about him to make herself standout for college admissions purposes. Lisa’s boyfriend Clark completes the trio, and that’s when things get sticky.

This book features an authentic portrayal of a teen with anxiety. Sol is self-aware about his comfort zone and limitations. And he has supportive parents that want the best for him (and hope he’ll leave the house someday) but accept him for who he is. Sol and Lisa’s alternating pov’s give insight into what Sol’s going through and show the outsider’s perspective. The characters are flawed and complex and this story is witty and nerdy in all the best ways. It’s a standout in the sea of YA books about mental health. 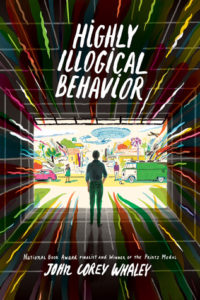 Sixteen-year-old Solomon is agoraphobic. He hasn’t left the house in three years, which is fine by him.

Ambitious Lisa desperately wants to get into the second-best psychology program for college (she’s being realistic). But how can she prove she deserves a spot there?

Solomon is the answer.

Determined to “fix” Sol, Lisa thrusts herself into his life, introducing him to her charming boyfriend Clark and confiding her fears in him. Soon, all three teens are far closer than they thought they’d be, and when their facades fall down, their friendships threaten to collapse, as well. 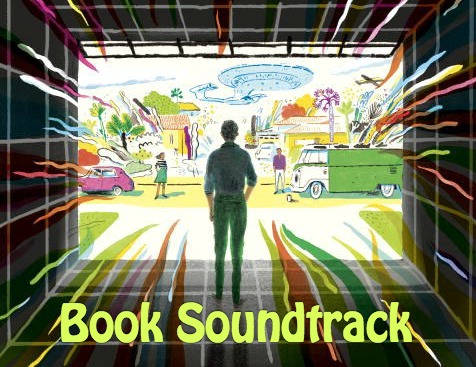 1. Ribs by Lorde – This whole album reminds me of my first year in Los Angeles and, since the book takes place not far away, it seems fitting that this song about longing to grow up and being afraid of it at the same time should be on this list.

2. Glass, Concrete, and Stone by David Byrne – I heard this song while on the radio while I was writing the book—and I’d never heard it before, so I thought it was kismet. I see this song as a rumination on being an adult and all the grown up images (houses, money, etc.) attached to that.

3. Human Like a House by The Finches – This song is eerily reflective of Solomon and Lisa’s story, to me at least. It refers to never leaving a place and also having new shoes (in the book, Solomon gets shoes for the first time in years…)

4. Four Walls by Broods – This is one of my favorite songs and also one I discovered around the time I was working on HIB. It’s about how the comfort of being with someone is equated to the comfort of being somewhere like home—“Those four walls now are the only place that I can breathe out…”

5. Organs by Of Monsters and Men – “So you could’ve tried to take a closer look at me” are the lyrics that struck me to add this song to this list. Then I listened again, closely, and realized that maybe it was Lisa’s song to Solomon in some strange universe, and not the other way around.

6. Poison Oak by Bright Eyes – This is a song about a deep connection between a straight young man and a seemingly gay one. It’s absolutely beautiful and it came to mind when I thought of Solomon and Clark’s relationship, even though the song is much sadder than the book.

7. Life on Mars by David Bowie – This song is a classic and because we lost Bowie, who taught us all to be exactly who we are always, it belongs on the soundtrack to Solomon’s story. It’s also about a girl being overwhelmed by the chaotic world around her through pop culture. Sound familiar?

8. Star Trek: The Next Generation Theme – This one needs little explaining once you’ve read the book, but let’s just say Solomon and Clark are a little more than obsessed with this show.

9. Power Hungry Animals by The Apache Relay – I heard this song in a trailer for this really great movie called Kings of Summer that came out a few years ago. But it came to mind here because it’s such a good song, not just catchy as hell, but it has the line “if they only knew…they’d laugh and dance like fools…if they only knew…souls cannot be fooled.” I like that and I think it says something about the friendships in the story.

10. Heartbreaker by Alabama Shakes – This one is secret, but maybe someone has a broken heart in the book at some point and maybe not. This is my favorite song about broken hearts.

11. Water by Ra Ra Riot – This book had a lot more about swimming in it that I ever imagined, so I though it appropriate to include a song about running out of the house and jumping into the water. A really good song about it, I should add.

Thanks to John Corey Whaley for sharing his book soundtrack! You can listen to all the tracks on Spotify here: 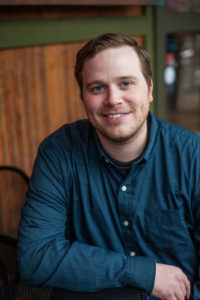 John Corey Whaley’s first novel, Where Things Come Back, was the winner of the 2012 Printz Award and the 2012 Morris Award. His second novel, Noggin, was a 2014 National Book Award finalist. He lives in Newport Beach, California.