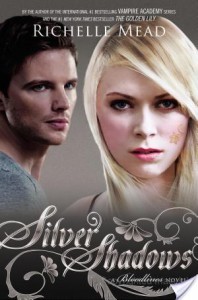 Also by this author: The Ruby Circle

Sydney Sage is an Alchemist, one of a group of humans who dabble in magic and serve to bridge the worlds of humans and vampires. They protect vampire secrets—and human lives. In The Fiery Heart, Sydney risked everything to follow her gut, walking a dangerous line to keep her feelings hidden from the Alchemists. Now in the aftermath of an event that ripped their world apart, Sydney and Adrian struggle to pick up the pieces and find their way back to each other. But first, they have to survive. For Sydney, trapped and surrounded by adversaries, life becomes a daily struggle to hold on to her identity and the memories of those she loves. Meanwhile, Adrian clings to hope in the face of those who tell him Sydney is a lost cause, but the battle proves daunting as old demons and new temptations begin to seize hold of him. . . . Their worst fears now a chilling reality, Sydney and Adrian face their darkest hour in this heart-pounding fifth installment in the New York Times bestselling Bloodlines series, where all bets are off.

Richelle Mead’s Silver Shadows is the penultimate installment in the Bloodlines series and it’s a game-changer. To avoid spoilers I will keep this and sweet, but as Wendy began her review the best response to this book is “!!!!” The Vampire Academy series is one of my favorites but Bloodlines gives it a run for its money. If you’ve followed these characters from Vampire Academy you’ll be gratified to see how they have developed into root-worthy series leads and enjoy all the twists, turns, angst, romance, and humor that Richelle Mead is known for. I listened to the Silver Shadows audiobook because I am impatient, but also because it is a great way to experience this series.

The Bloodlines series is a spin-off from Vampire Academy and is about Sydney Sage, a human Alchemist who keeps the peace between humans and vampires, basically by making sure their paths & secrets do not cross. She’s hired to protect Jill, an important Moroi (nice vampires with special abilities) from rebels and poses as a high school student in Palm Springs. As she spends more time with the group of Moroi and guardians she finds herself falling for Royal Moroi playboy Adrian Ivashkov and the lines of her job begin to blur. She also learns some secrets about the Alchemists and begins to question everything she has ever known.

This installment brings the biggest challenge to Adrian and Sydney yet. The last book had them riding quite a high so that makes the fall feel that much worse. If you know Mead then you know she puts her characters through the ringer and some of her books can be quite dark, and this is one of those. Sydney and Adrian have to be strong to weather this storm, and of the two of them it’s no surprise that Adrian is the one to fall into bad habits. As the book begins Adrian and Sydney are apart, and Adrian can’t even use spirit dreams to make contact so he’s increasingly frustrated and drawn to self-medicate. He’s come a long way in this series this is true, though his one step forward, two steps back way is trademark Adrian. But have faith, Sydrian fans!

Sydney is facing re-education, basically the thing we’ve feared the most. She’s surrounded by people who reject all her values and who want to tear her down. She has some tricks up her sleeve but is it enough? Her bravery, faith, compassion, and love in the face of such bleak conditions and horrific treatment are awe-inspiring.

The setting takes us away from sunny Palm Springs, and Mead makes the reader feel the darkness and despair that her characters are going through. We meet some new characters that may become important in the final book, plus there are some special guest appearances as well.

I listened to the Silver Shadows audiobook, read by Emily Shaffer and Alden Ford. Like The Fiery Heart, this book is in dual POV with Sydney and Adrian. I think it would be quite tortuous if we didn’t have Adrian’s POV in this one, considering Sydney’s separation from the group. Both performers get to show a lot of range in this book considering all the highs and lows that take place over the almost-11-hour book. Shaffer is a wonderful Sydney, and Ford fits Adrian to a T. I’ve heard that in the VA series audiobooks Adrian was portrayed with an English accent and that is not the case here, and I’m pretty sure that should never have been the case, but correct me if I’m wrong. Ford’s Adrian is cool and confident and distinctly Adrian. While Shaffer’s Sydney is smart, no-nonsense, yet emotional at all the right times. This was an audiobook I did not want to stop listening to.

Check out an audiobook sample:

The conclusion sets up some very exciting (and ominous) stories for the final book! I love that Mead made this installment so surprising and memorable and I can’t wait to find out what happens next. The conclusion to the Bloodlines series is The Ruby Circle, and it goes on sale Feb. 10th. Happy early Valentine’s Day to us!

Blog Tour: The Stars of Summer by Tara Dairman