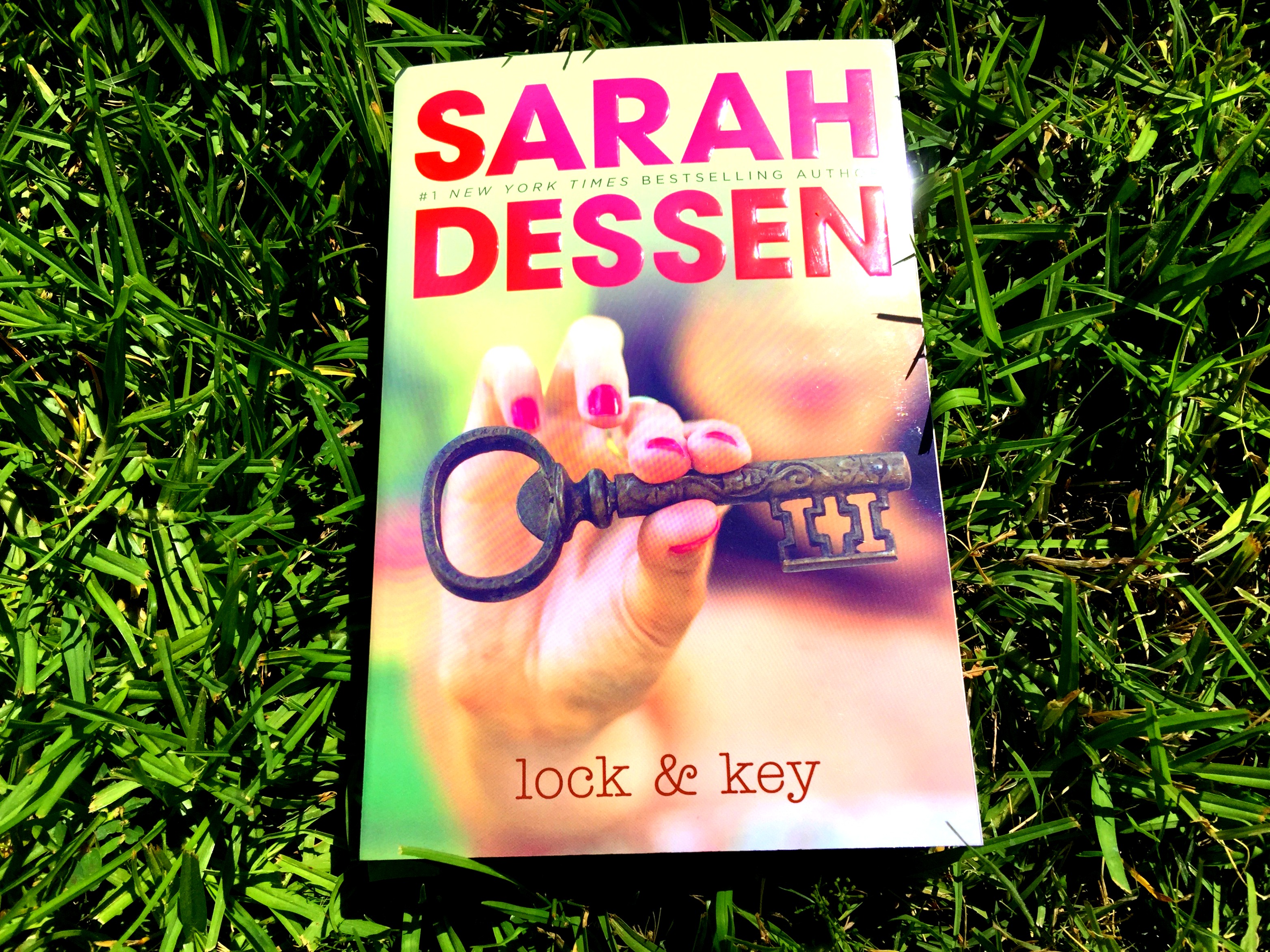 I’m so excited to take part in the Summer of Sarah Dessen blog tour, hosted by Penguin Teen! Each week all summer features a different Sarah Dessen book – starting with her latest Saint Anything and concluding with The Truth About Forever. Follow along with the weekly themes with #SarahDessen. This is Lock and Key week, Sarah Dessen’s 8th novel, originally published in 2008.

One thing that is very fun about Sarah’s books is that many of them are set in the same fictional town so characters and places referenced in previous books make cameo appearances. If you have been following along with the read along and read all twelve books you will see what I mean. This is my fifth Sarah Dessen read so far and I was glad to get the chance to catch up with Lock and Key. Sarah’s books go great with summer!

About Lock and Key:

Ruby is used to taking care of herself.

But now that she’s living with her sister, she’s got her own room, she’s going to a good school, and her future looks bright.

Plus there’s the adorable boy next door.

Can Ruby learn to open her heart and let him in?

Here Sarah gives you a little tour of some of the places that inspired the setting featured in Lock and Key:

In Lock and Key, Ruby moves in with her older sister Cora and brother-in-law Jamie after her mother suddenly takes off. Ruby hasn’t seen her sister for many years and holds a grudge that she hasn’t been in touch. She doesn’t feel comfortable in this new environment and doesn’t let herself get too attached.

Cora is a successful lawyer, and Jamie is the CEO of UMe (a Facebook-like social media site) and their life of privilege is a little hard for Ruby to get used to. A new school, new friends, and family is a lot to deal with, and the key on the chain Ruby wears around her neck is a reminder of the life she left behind.

There is a boy next door, Nate, a nice guy with some dark secrets of his own. As usual, the romance doesn’t take center stage in Dessen’s novel, but his story is important to Ruby’s character development.

I really liked Jamie- he’s really great with Ruby and they have some very sweet scenes. Jamie and Cora have a quirky dog (he’s afraid of the oven) that’s a bright spot too.

Lock and Key covers some heavier issues than I’ve seen in Dessen’s other work, though Ruby’s journey is ultimately heartwarming. I liked seeing how the sisters reconnect and deal with the past, and how the key theme ties it all together.

It’s a lot easier to be lost than found. It’s the reason we’re always searching, and rarely discovered – so many locks, not enough keys. 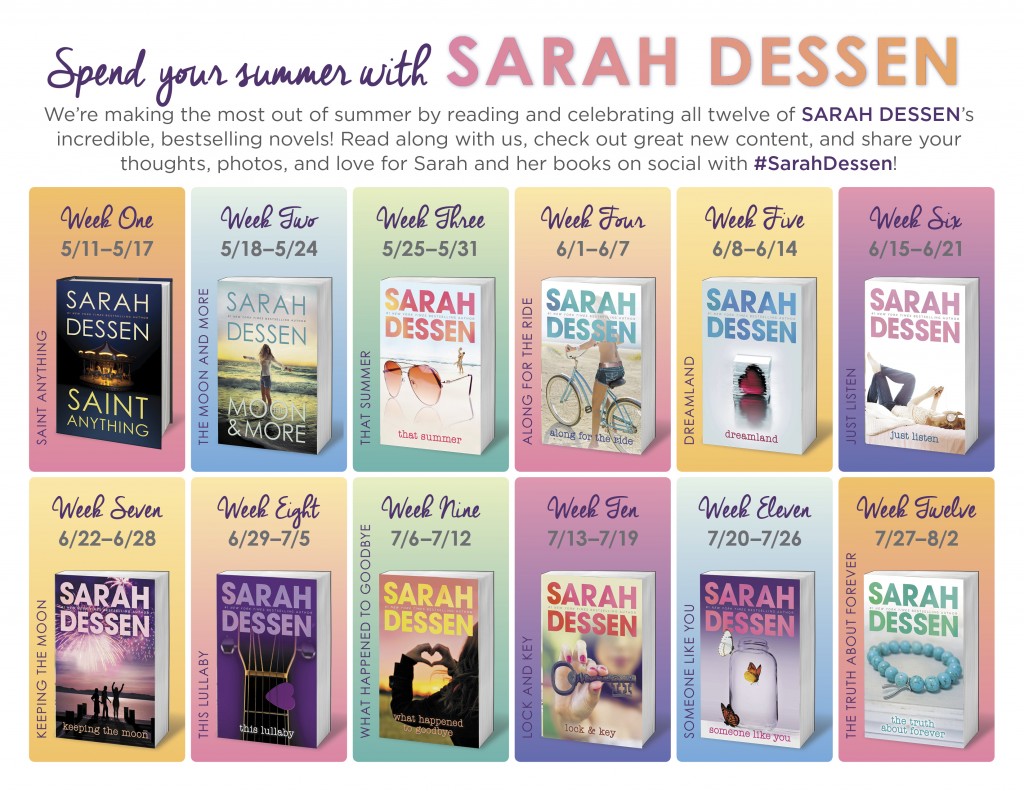 Check out Sarah’s latest book Saint Anything, on sale now:

One thought on “Summer of Sarah Dessen – Lock and Key”