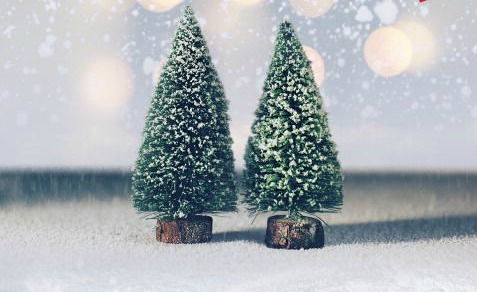 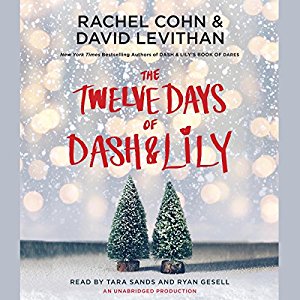 Dash and Lily have had a tough year since listeners first watched the couple fall in love. Lily's beloved grandfather suffered a heart attack, and his difficult road to recovery has taken a major toll on her typically sunny disposition.

With only 12 days left until Christmas - Lily's favorite time of the year - Dash, Lily's brother Langston, and their closest friends take Manhattan by storm to help Lily recapture the holiday magic of New York City in December.

Told in alternating chapters, The Twelve Days of Dash & Lily reunites two beloved characters and is bound to be a Christmas favorite season after season.

Hard to believe it’s been six years since the release of Dash & Lily’s Book of Dares! One of my all-time favorite YA holiday reads. Now Rachel Cohn & David Levithan are back with more holiday cheer in The Twelve Days of Dash & Lily. Even though it’s closer to Halloween than Christmas I couldn’t resist diving in.

This book takes place one year after the events of Dash & Lily’s Book of Dares. Dash and Lily are still together, but Lily wonders if they have what it takes to make it. Plus, some tough times at home have left her feeling less than Christmas-y. Dash is determined to brighten Lily’s spirits and enlists the help of trusted friends and family to make her holiday dreams come true.

My favorite parts of Dash & Lily were the elaborate scavenger hunts, wacky holiday adventures, and nods to Christmas in New York City. This follow-up contains nods to previous experiences plus there are new Christmas capers to enjoy. (Christmas ice-skating with librarians, lots of glitter, and risqué gingerbread cookies!)

Dash and Lily narrate the story in alternating chapters, so we get to follow their individual journeys. You can tell that David Levithan and Rachel Cohn had fun in the writing process daring each other to get out of the predicaments they put each other in. Since Lily has lost her spark, sometimes the book gets a little melancholy. We see a toned-down Lily, which I don’t think is a bad thing. Both Dash and Lily show character growth in this sequel that’s heartening to see.  Familiar characters pop up in this sequel in new and surprising ways and help to set a celebratory mood. There’s also a lovely scene between Lily and her mother that I really enjoyed.

I listened to the audiobook this time around, though I wouldn’t mind adding a print copy to my holiday collection. Tara Sands and Ryan Gesell are back to read the audiobook. They are both well cast for their parts- Gesell’s Dash has an appropriately dry sense of humor, and Sands’ Lily is more bubbly and joyous. It’s such a fun and festive listen and it made me want to listen to both books in the series again. I listened to this one at 1.5x speed and got through it during the readathon. Check out an audiobook sample:

I didn’t re-read Dash & Lily before reading this one and I don’t think you really need to. If you’re familiar with the story this one will refresh your memory, and if you just want to jump in and read a holiday book it’s easy enough to follow along.

Overall, I’m so glad that Dash & Lily’s story continues here. The original book is still my favorite but I had a blast checking in with these characters again.

The Lover’s Dictionary by David Levithan
Heating Up the Holidays Blog Tour: After Midnight by Serena Bell

3 thoughts on “Audiobook Review: The Twelve Days of Dash & Lily”