The Movie Date is a weekly feature where we discuss movies that may appeal to YA readers. Andrew is The Reading Date’s resident movie critic and this week he discusses The Spectacular Now directed by James Ponsoldt from A24 Films. 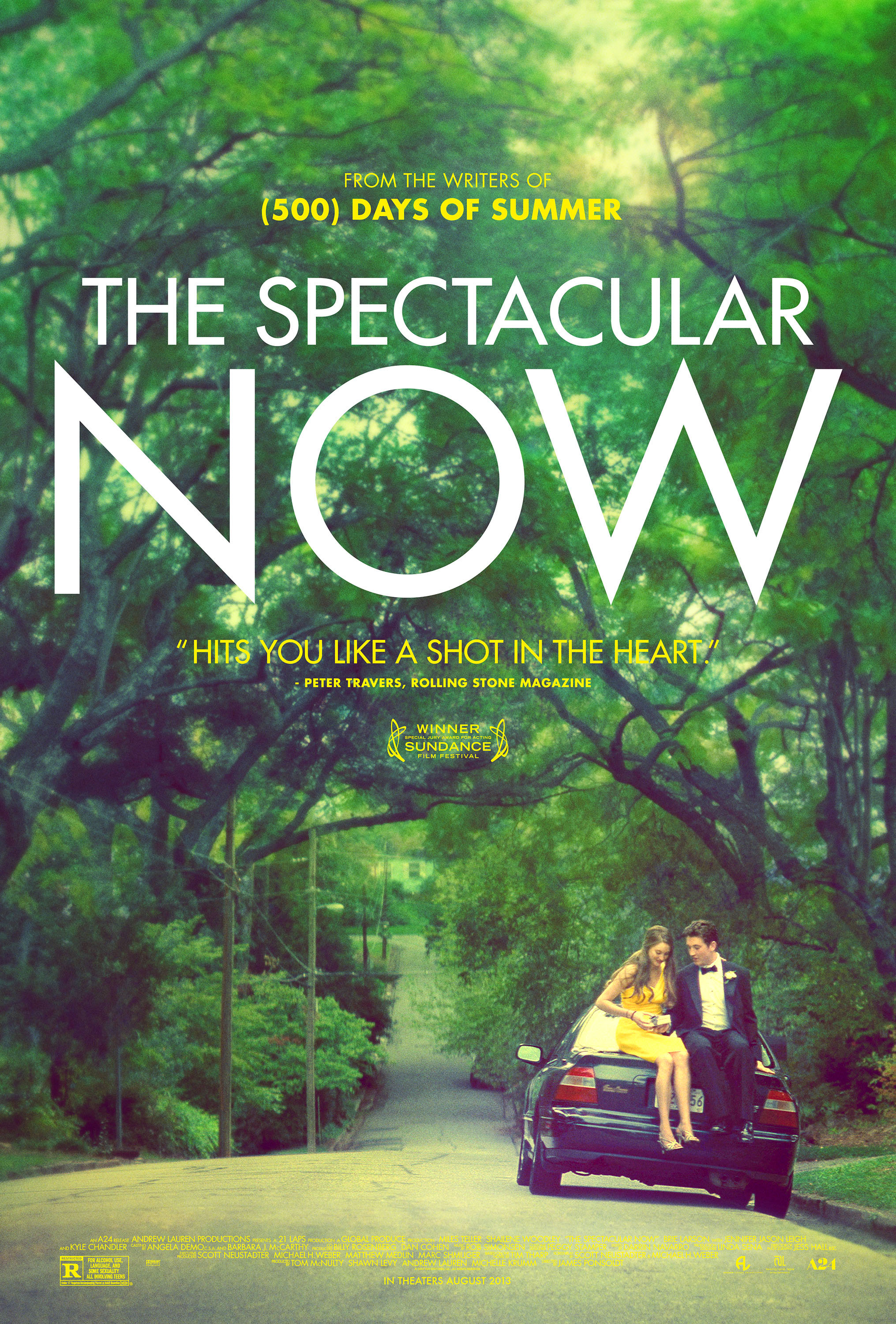 A charismatic high school senior lives happily in the present because it keeps him from dealing with family woes, but a sympathetic neighbor urges him to confront his issues.

This film is as thrilling and as bittersweet as real life, and just as unpredictable. Again and again, having seen high school romance movies before, you think you know where each scene and event will take you, and with each turn you’re wrong. The film is determined to keep things real and honest; though surprising, it’s no accident that the attractive leads are filmed without makeup, looking more freckly and blemish-y than we’re used to seeing onscreen teenagers. A love scene is shot through with the awkwardness, giggling, and fumbling that such teen encounters usually generate.

The general plot arc—bold and gregarious guy lends much-needed courage to bookish, wallflower girl—is similar to Cameron Crowe’s classic film Say Anything. But what if Lloyd Dobler had a bit of a drinking problem, and was still interested in his ex-girlfriend? And what if it wasn’t Diane Court who had the unreliable dad but Lloyd? Worse, what if you started to wonder whether or not Lloyd was actually a good thing for Diane or her likely downfall? You see the complexities at work here. Though the story does resolve itself appropriately, the conclusion, like the rest of the film, acknowledges that teen issues seldom have easy answers.

The story, briefly: once-popular Sutter (Miles Teller) is running out of friends. A chance encounter introduces him to sweet, decent Aimee (Shailene Woodley), who’s either too noble or naïve to notice his flaws. She’s flattered to be going out with a popular boy, though Sutter still has one eye on his frisky ex (Brie Larson). As Sutter tracks down his alcoholic dad (Kyle Chandler) and bickers with his mom (Jennifer Jason Leigh), he and Aimee grow steadily closer. But does Sutter realize how involved he’s gotten with this sweet and special girl? It seems like a heart must be broken here, but whose? 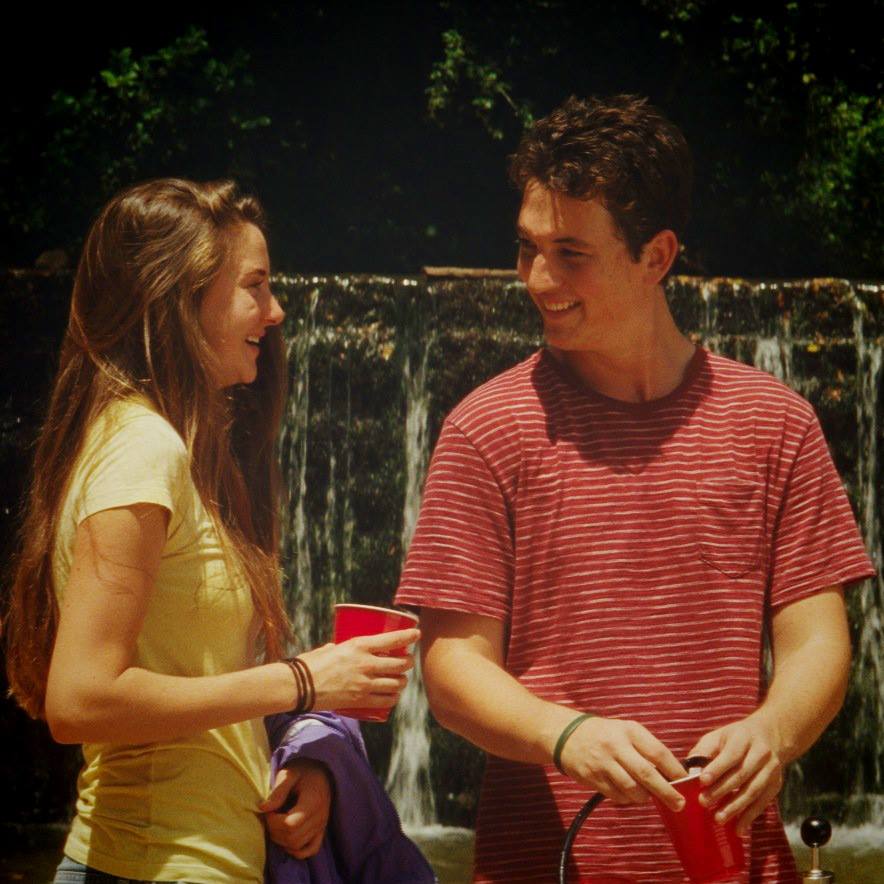 Given that these are teenagers, there’s a surprising amount of drinking in this film. But this is no Afterschool Special, and the movie’s not about alcohol abuse; it’s more about the reasons why people like Sutter hide inside the bottle, and what they’re hiding from. Wisely, it never pretends that alcohol is the real problem: even if Sutter swears off drinking, his personal demons are not so easily shunned.

The film doesn’t tie things up in a nice bow; you can put your own ending on this one, happy or otherwise as you see fit… kind of like teen life itself, the tone of which this film grasps so accurately.

Directing and acting are spot-on all around, but I need to comment on the “spectacular” performance by this year’s It Girl, Shailene Woodley. Two years ago she starred as George Clooney’s distant but concerned daughter in The Descendants, and next year she’ll play leads in adaptations of two highly regarded YA novels, Divergent and The Fault In Our Stars. In the present film, she pretty much steals the show from her costar Teller, and we wind up worrying more about her well-being than that of our hero. Woodley is utterly committed to the character Aimee, and as we watch, so are we.

The Spectacular Now opened August 2 in limited release, but hopefully will hit a theater near you soon. It’s rated R and runs 95 minutes.

10 thoughts on “The Movie Date: The Spectacular Now”