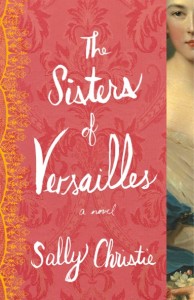 Goodness, but sisters are a thing to fear.

Set against the lavish backdrop of the French Court in the early years of the 18th century, The Sisters of Versailles is the extraordinary tale of the five Nesle sisters—Louise, Pauline, Diane, Hortense, and Marie-Anne—four of whom became mistresses to King Louis XV. Their scandalous story is stranger than fiction but true in every shocking, amusing, and heartbreaking detail.

Court intriguers are beginning to sense that young King Louis XV, after seven years of marriage, is tiring of his Polish wife. The race is on to find a mistress for the royal bed as various factions put their best foot—and women—forward. The King’s scheming ministers push Louise, the eldest of the aristocratic Nesle sisters, into the arms of the King. Over the following decade, the four sisters—sweet, naïve Louise; ambitious Pauline; complacent Diane, and cunning Marie Anne—will conspire, betray, suffer, and triumph in a desperate fight for both love and power.

In the tradition of The Other Boleyn Girl, The Sisters of Versailles is a clever, intelligent, and absorbing novel that historical fiction fans will devour. Based on meticulous research on a group of women never before written about in English, Sally Christie’s stunning debut is a complex exploration of power and sisterhood—of the admiration, competition, and even hatred that can coexist within a family when the stakes are high enough.

Today I’m excited to spotlight the first book in a new historical fiction trilogy. Sally Christie’s The Sisters of Versailles is the first book in The Mistresses of Versailles series. This book tells the story of the five Nesle sisters – four of whom became mistresses to France’s King Louis XV. Fascinating, right? It sounds like a reality show- can you imagine…The Royal Mistresses? And even more unbelievable is that this really happened! This story is a juicy page-turner for fans of historical fiction that prefer a contemporary tone and lots of drama.

In the author’s note, Sally Christie talks about how there was not a lot known about the fascinating Mailly-Nesle sisters so she had her work cut out for her, settling on a fictional retelling. More familiar is King Louis XV later mistress Madame Pompadour, but I’m glad Christie saw the potential in the sisters’ story.

The saga plays out through the perspectives of the sisters: Louise, Pauline, Diane, and Marie-Ann. We get to know their personalities, relationships, and scandals. Many of the chapters close with correspondences between the sisters to further enhance the story.

I’m a very casual reader of historical fiction- sometimes it’s a little too dry for me. But I don’t think you necessarily have to be a history buff to appreciate this one. The Sisters of Versailles is a witty, scandalous, and intriguing read that makes history come alive. Look for this one on September 1st or read on to find out how to win a copy now!

Check out the pretty covers of The Mistresses of Versailles trilogy: 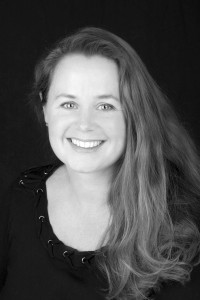 Sally Christie was born in England of British parents but grew up mostly in Canada. As a child she moved around with her family and then continued her wandering as she pursued a career in international development; she’s lived in 14 different countries and worked in many more. She’s now settled in Toronto and loving it.

Sally lives and breathes history; ever since she read Antonia Fraser’s masterful Mary, Queen of Scots when she was 10, she’s been an avid history junkie. She wishes more attention and technical innovation was devoted to time travel, because there is nothing she would rather do than travel back in time! Writing historical fiction is a poor substitute, but it’s the best one we have at the moment.

When not reading and writing history, she’s a tennis and Scrabble fanatic.

Intrigued? Enter to win a copy of The Sister of Versailles, courtesy of Simon & Schuster.

The publisher is offering one lucky entrant the chance to win a copy of the book. I’m also offering up my ARC, so there will be two winners!

Fill out the Rafflecopter below to enter. Giveaway is open to US/Canada entrants age 18 and up.