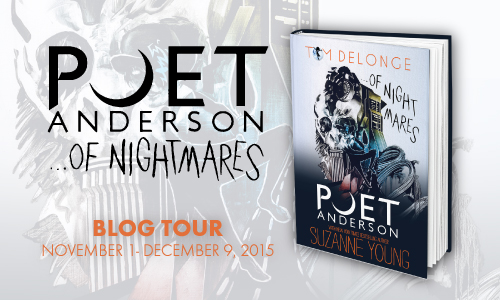 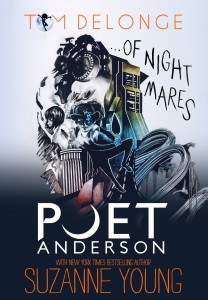 From the critically acclaimed transmedia project Poet Anderson: The Dream Walker, comes one of the most anticipated collaborations in YA literature this year: a thrilling, edge of your seat story written by award-winning musician, producer and director Tom DeLonge and New York Times bestselling author Suzanne Young.

Poet Anderson...Of Nightmares follows the epic journey of two orphan brothers, Jonas and Alan, who are Lucid Dreamers. After a tragic car accident lands Alan in a coma, Jonas sets out into the Dream World in an attempt to find his brother and wake him up. What he discovers instead is an entire shared consciousness where fear comes to life as a snarling beast called a Night Terror, and a creature named REM is bent on destruction and misery, devouring the souls of the strongest dreamers to get closer to the Waking World. With the help of a Dream Walker—a guardian of the dreamscape, Jonas must face his fears, save his brother, and become who he was always meant to be: Poet Anderson.

Hello dear readers! I’m excited to be today’s spot on the Poet Anderson…Of Nightmares blog tour. This book is a collaboration between musician Tom DeLonge and bestselling author Suzanne Young. It’s part of a multimedia project of DeLonge that includes an album, short film and comic. The first book of a planned trilogy is about two recently orphaned brothers trying to put their lives back together. Tragedy strikes again and leaves one of the brothers in a coma, with the other, a lucid dreamer, trying to connect to his brother in dreams, fighting demons along the way.

Tom DeLonge is the award-winning American musician, producer and director, best known as the lead vocalist and songwriter for the platinum-selling bands Blink-182 and Angels & Airwaves. Under his media production company To The Stars…, Tom has created transmedia entertainment properties that span music, film, comics and books. Poet Anderson …Of Nightmares is precluded by the animated short film “Poet Anderson: The Dream Walker,” which took home Best Animated Film Award at the Toronto International Film Festival, the critically-acclaimed comic book series of the same name and the Billboard Hot 100 album by Angels & Airwaves The Dream Walker. Poet Anderson …Of Nightmares will also coincide with an original soundtrack recorded by the band that you can listen to while you read. Limited edition collectible packages will be available on To The Stars that will bring together all media formats for one major compelling visual landscape of the Poet Anderson universe. An advanced book club community will also be live for fans that want to immerse themselves in the book prior to publication date and experience a directors cut of the book with rich media content.

Suzanne Young is the New York Times bestselling author of The Program series of novels for young adult readers. Young lives in Arizona where she also teaches high school English. Her novels include The Program, The Treatment, The Remedy, The Epidemic, and Hotel Ruby. 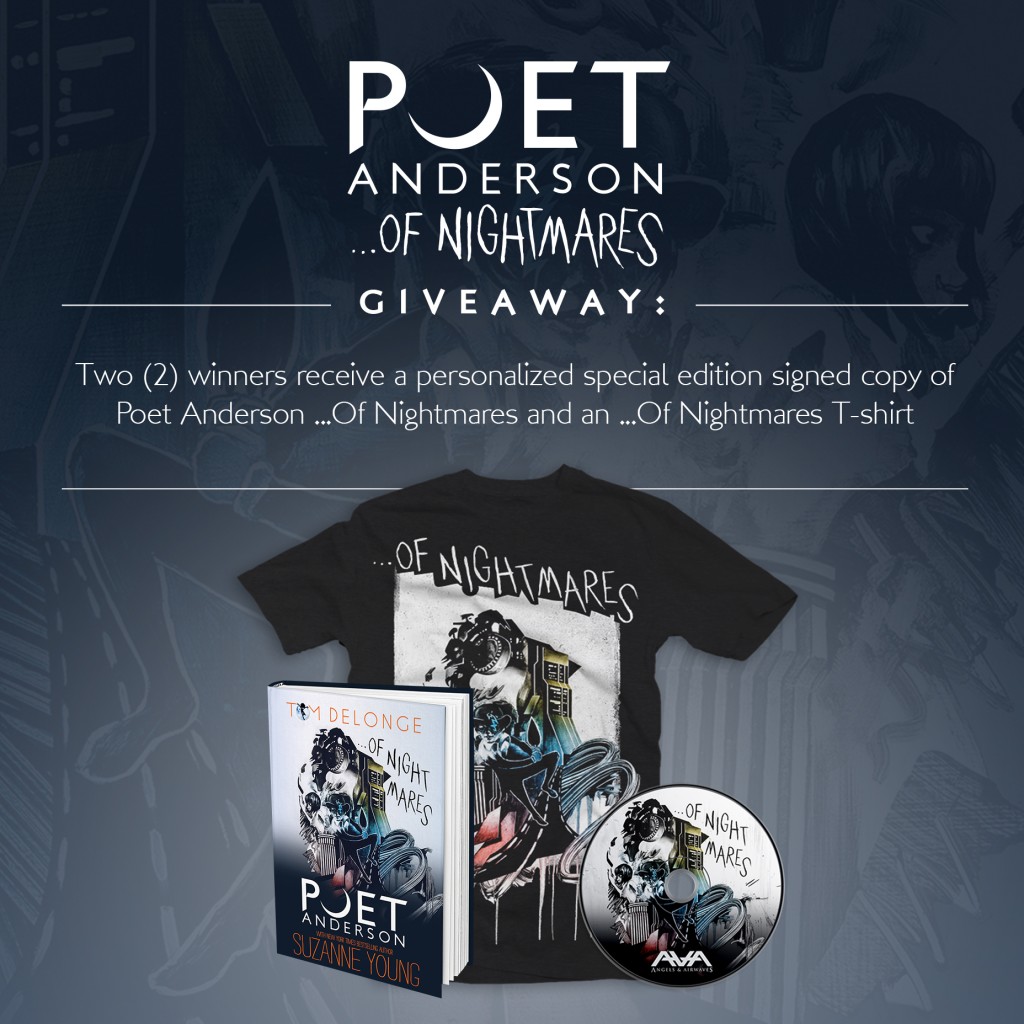