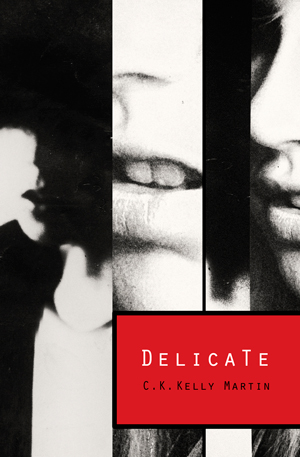 Ivy’s seemingly perfect, master-of-social-causes boyfriend breaks it off in the school hallway before their final exam. So much for love. It turns out Jeremy wants to get good and laid by someone new over summer vacation, before they both head off to different universities in the fall.

At her grandmother’s seventy-fifth birthday party, Ivy is in no mood to socialize. In fact, she’s downright delicate. Unfortunately, sixteen-year-old Lucan’s peanut allergy reaction happens right in front of her eyes. As Ivy keeps him company the two realize they’re second cousins who haven’t seen each other in six years due to a mysterious family feud.

The old drama is the last thing on Lucan’s mind. He has more immediate problems, like his mom’s noisy playtime activities with her brash younger boyfriend. On top of that, Lucan’s a constant witness to his best friend’s toxic relationship, which he begins to suspect has become abusive.

As the weeks pass, Lucan and Ivy’s summer seems more like a minefield of disastrous events — but at least they have their developing friendship with each other to count on. Or is that what’s really going on?

I have heard good things about C.K. Kelly Martin’s books for years so I jumped at the chance to read her latest book Delicate. Delicate was released in Canada last year and made its US debut earlier this month. There is a lot going on in Delicate, from date violence to breakups, summer jobs, and family drama, but it’s still the quiet sort of book that I really enjoy. This is not an issue book done for shock value but just a good, realistic YA that’s very refreshing.

Delicate is set in the summer before college. Ivy’s summer plans get derailed when her longtime boyfriend breaks up with her (right before taking a final), and she finds out that he betrayed her with her best friend. They were planning to go their separate ways to college but Ivy is still blindsided by Jeremy’s decision to see other people. Ivy is devastated but tries to make the most of her summer by working an office job and passing the time with her second cousin Lucan.

Since his parents’ breakup Lucan lives with his mom, and much to his chagrin, she’s started dating a younger man. He’s also caught in the middle of his friends’ destructive relationship and in over his head. Lucan reconnects with Ivy at a family party right in the midst of a peanut allergy attack. His feelings for Ivy are not second cousin sort of feelings though – does she feel the same?

Delicate feels very real and relatable. The relationships are as the title states delicate and messy and there are no easy fixes. Ivy doesn’t get over her breakup right away, and her hurt and anger shines through loud and clear.

The alternating pov gives us a glimpse into Lucan and Ivy’s lives and their feelings toward each other. The dual pov’s are distinct, and Lucan’s pov is particularly effective. The secondary characters are fleshed out as well and strong enough to earn their own story. I just finished watching My Mad Fat Diary so I was reminded of their friend crew and their drama while reading this.

Issues from STD’s to mysterious family feuds to socially conscious campaigns are some of the topics explored in Delicate. Martin’s writing has a frank, raw, emotional quality that I was really drawn to.

If you like realistic YA give Delicate a try. It’s an understated gem and a worthwhile read. Looking forward to catching up with Martin’s other books. Find out more about the book and the author at Dancing Cat Books.

One thought on “Book Review: Delicate by C.K. Kelly Martin”