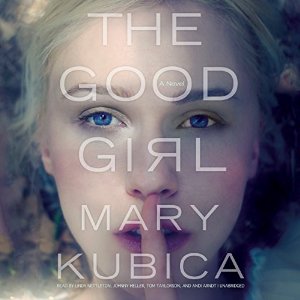 Also by this author: Pretty Baby

"I've been following her for the past few days. I know where she buys her groceries, where she has her dry cleaning done, where she works. I don't know the color of her eyes or what they look like when she's scared. But I will."

Born to a prominent Chicago judge and his stifled socialite wife, Mia Dennett moves against the grain as a young inner-city art teacher. One night, Mia enters a bar to meet her on-again, off-again boyfriend. But when he doesn't show, she unwisely leaves with an enigmatic stranger. With his smooth moves and modest wit, Colin Thatcher seems at first like a safe one-night stand. But following Colin home will turn out to be the worst mistake of Mia's life.

Colin's job was to abduct Mia as part of a wild extortion plot and deliver her to his employers. But the plan takes an unexpected turn when Colin suddenly decides to hide Mia in a secluded cabin in rural Minnesota, evading the police and his deadly superiors. Mia's mother, Eve, and Detective Gabe Hoffman will stop at nothing to find them, but no one could have predicted the emotional entanglements that eventually cause this family's world to shatter.

An addictively suspenseful and tautly written thriller, The Good Girl is a compulsive debut that reveals how, even in the perfect family, nothing is as it seems.

In The Good Girl, key characters piece together the mystery of a young teacher’s abduction.

The Good Girl caught my attention with the “Gone Girl” comparisons. And for the last three summers I’ve read a suspenseful summer like this one (Gone Girl, Reconstructing Amelia prior to this.) As a psychological thriller, the comparisons to that other blockbuster book are sound. However this is not as twisty and disturbing a read. The payoff is pretty good though.

The story is that Mia Dennett, daughter of prominent Chicago parents, is missing, taken by Colin Thatcher as part of an extortion plan. However, Colin decides to keep Mia and they go off into hiding together. A detective works with Mia’s mother to solve the case, and bring Mia home.

The narrative structure is unique in this one and really heightens the tension. Chapters labeled “Before” and “After” the abduction shed light on the events. And various key players share their point of view. Mia’s mother, the detective Gabe, and the captor Colin take the lion’s share of the narration duties.

I sympathized with Mia’s mother Eve who is really torn apart by Mia’s disappearance, and second-guessing her parenting skills and if she did enough for Mia. Plus, her husband is painted as a really villainous character. I liked her growing friendship with Gabe the detective- if anyone needs a friend (or a potential new love interest) it’s Mrs. Dennett.

As the mystery unravels you will suspect everyone of being the bad guy. And in a twist, you may even find yourself sympathizing with Mia’s captor. We find out early on the aftermath of the abduction so that’s not really a mystery. However, there are still plenty of mysteries to solve in The Good Girl. The ultimate reveal is deliciously done and quite a surprise!

I listened to The Good Girl audiobook, partly because there is a full cast to match the multi pov of the book. All of the narrators excelled at bringing their characters to life. I especially liked Lindy Nettleton’s “Eve” chapters – she has a British accent like the character and conveys all the emotions of the distraught mother. Johnny Heller’s detective Gabe is also well cast. He sounds like a character in a classic detective movie. And Tom Taylorson’s Colin has that air of mystery about him that makes you not sure if you can trust him or not. I did speed up the narration for this audiobook to suit my listening preference, and also because I was eager to see how the story ends.

Check out a sample of the audiobook:

This was an entertaining suspense novel that keeps you guessing. Savvy readers may figure out the ending, but Mary Kubica’s storytelling give you more than the mystery to ponder.

I Want It That Way by Ann Aguirre Review & Giveaway

4 thoughts on “The Good Girl by Mary Kubica Audiobook Review”