In the YA Diversity Book Club, we chat about the latest YA books that celebrate diversity. Sandie @ Teen Lit Rocks and I chat about our featured book and highlight the author with a Q&A .

We took the summer off from book club, and our first fall pick is Randi Pink’s debut novel INTO WHITE. Lots to discuss with this one! Thanks so much to our friends at Macmillan for providing review copies.

Be sure to check out our Q&A with Author Randi Pink on Teen Lit Rocks! 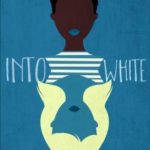 LaToya Williams lives in Montgomery, Alabama, and attends a mostly white high school. It seems as if her only friend is her older brother, Alex. Toya doesn’t know where she fits in, but after a run-in with another student, she wonders if life would be different if she were . . . different. And then a higher power answers her prayer: to be “anything but black.”

Toya is suddenly white, blond, and popular. Now what?

Randi Pink’s audacious fiction debut dares to explore a subject that will spark conversations about race, class, and gender. 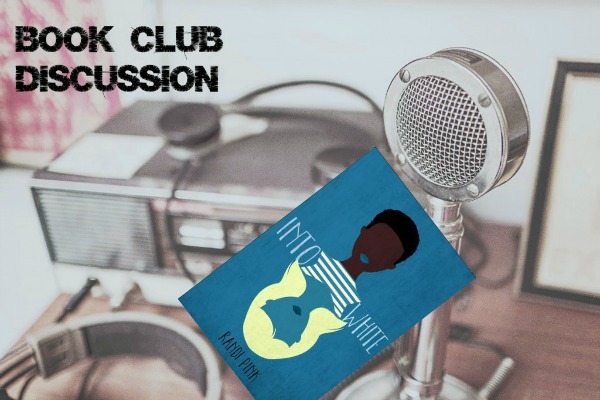 What were your first impressions of Into White?

Teen Lit Rocks: It’s a daring look at the disenfranchisement of people of color in part of the United States. I was taken aback by the way the white students (and adults) dealt with the black students (and folks in general) as if Jim Crow segregation was basically still the law of the land.

The Reading Date: Same – it was alarming. It was eye-opening to read about Toya’s experiences as Toya/Katarina. I’ve never been to Alabama, but it seems that the author did her research on current racial tensions.

What first appealed to you about the story and how did the story line up with expectations?

The Reading Date: This story sounded so topical, intriguing and important. I’ve seen some readers say this book could go so wrong or so right – it’s a delicate balance. The book was a page-turner and gave me food for thought.

Teen Lit Rocks: I think about race a lot, so I love reading about the way a teen deals with race and racism in the modern-day South. So many people think just because Obama is President that racism doesn’t exist, but it clearly does, and Toya is just one example of how a teen can internalize the negative experience of growing up of color in a mostly white environment.

The Reading Date: It clearly does is correct, as we are seeing in this stressful election cycle.

Into White is not only about race but also tackles issues of gender and class. Did you want to read more or less about any of those topics? Do you feel like each issue was explored in a satisfying way?

Teen Lit Rocks:  I enjoyed the intersectionality of the story.

The Reading Date: Yes, definitely. Sometimes I felt that the book was taking on too much though.

Any characters or scenes particularly stand out to you in a good or bad way?

The Reading Date: My favorite character was Toya’s brother, Alex. Such a great big brother, and an intriguing character.

Teen Lit Rocks: Ditto. I really felt for him and thought everyone should have such a standout big brother.

What did you think of the tone of the book? Did you find it to be humorous at times and did that work for this story?

The Reading Date: It seemed like there were scenes that were meant to be funny, maybe to lighten the mood, but those scenes weren’t as strong for me.

Teen Lit Rocks: Obviously parts of the story, whether it was certain interactions with Jesus or the cavalier way some of the white kids treated Toya/Katarina were humorous on one level, but some of it was also surreal because it was an affront to think (white) kids (and adults) could act and behave so openly racist.

The Reading Date: It did feel surreal at times.

We see Toya/Katarina experience racism and privilege in her daily life in Birmingham, Alabama. Do you think this book portrayed these issues accurately?

The Reading Date: I have never been to the South so I can’t say if this is an accurate representation of current race relations. No one comes off particularly well in this book.

Teen Lit Rocks: I do have many friends who live in the Deep South and have been many times. I have friends who’ve dealt with horrific racism but also friends who are black and love the South.

What did you think of the role of religion in the book and the appearance of Jesus as a character?

The Reading Date: Well, it was very original, yet kind of jarring to see Jesus keep popping up, using slang and making pop culture references.

Teen Lit Rocks: Like I said about the humor, I thought it was surreal to see Jesus intervening and making casual conversation with Toya. I am a person of faith, but I thought it was compelling and quirky but wonder what other readers who are atheists or of various faith backgrounds would think of it.

The Reading Date: It was a unique way to bring Toya’s “wish” to life instead of a fortune teller machine or magic lamp. I’m not a religious person so I am sometimes wary of these references in books. But, if it serves the character and story then that works. Maybe making Jesus a cool dude character was the way of making religion more accessible.

Did this novel broaden your perspective in some way? Did you find Toya relatable?

The Reading Date: I think anyone who doesn’t feel like they fit in would relate to Toya’s story. As a kid growing up I had a reverse situation, because most of my friends were not white and I wanted to fit in more with them.

Teen Lit Rocks: Toya is definitely relatable, because so many teens want to fit in, whether it’s racially or socially or class-wise with their classmates. Feeling like an outcast would make anyone wonder what it would be like to be the dominant group.

What other books would you recommend readers to seek out if they want to read more books about race, or other #OwnVoices books?

The Reading Date: I’d recommend all of Jason Reynolds and Meg Medina’s books, plus Brown Girl Dreaming, Lies We Tell Ourselves, Gabi, A Girl in Pieces, and Pointe as some suggestions.

Teen Lit Rocks: Ditto for the Jason Reynolds books (he’s amazing!), and Jacqueline Woodson’s and Robin Talley’s, but also Anna-Marie McLemore’s portrayal of an LGBT love story in When The Moon Was Ours; Leigh Bardugo’s (most diverse SF/F book I’ve read in a long time) Six of Crows & Crooked Kingdom (she walks with a cane, just like her main character); Dhonielle Clayton and Sona Charaipotra’s soapy ballet duology Tiny Pretty Things/Shiny Broken Pieces; and Nicola Yoon’s contemporary romances Everything, Everything and The Sun Is Also a Star. Corinne Duyvis’ books Otherbound and On the Edge of Gone, Lots to choose from, actually!

The Reading Date: Awesome recs! When The Moon Was Ours is so beautiful. I still need to read Leigh Bardugo’s books, and the ballet duology sounds fun. Thanks for the chat! 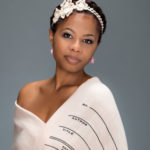 Randi Pink grew up in the South and attended a mostly white high school. She lives with her husband and their two rescue dogs in Birmingham, Alabama, where she works for a branch of National Public Radio. Into White is her fiction debut.

Next Month: We are still finalizing our book club choices, so stay tuned for more info! Let us know if there are any current or upcoming books you’d like us to consider.

Follow us on Tumblr to keep up with our book club schedule and feature posts. Have something to say about Into White or our other featured books? You are welcome to submit your posts for inclusion in the roundups on Tumblr.

Audiobook Review: The Twelve Days of Dash & Lily
#YADiversityBookClub: The Weight of Feathers

3 thoughts on “#YADIVERSITYBOOKCLUB Discussion: Into White”