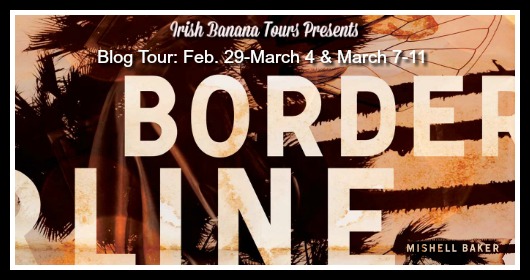 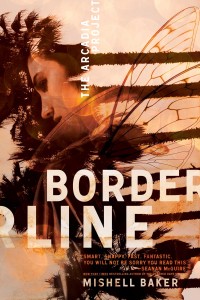 A year ago, Millie lost her legs and her filmmaking career in a failed suicide attempt. Just when she's sure the credits have rolled on her life story, she gets a second chance with the Arcadia Project: a secret organization that polices the traffic to and from a parallel reality filled with creatures straight out of myth and fairy tales.

For her first assignment, Millie is tasked with tracking down a missing movie star who also happens to be a nobleman of the Seelie Court. To find him, she'll have to smooth-talk Hollywood power players and uncover the surreal and sometimes terrifying truth behind the glamour of Tinseltown. But stronger forces than just her inner demons are sabotaging her progress, and if she fails to unravel the conspiracy behind the noble's disappearance, not only will she be out on the streets, but the shattering of a centuries-old peace could spark an all-out war between worlds.

Mishell Baker’s urban fantasy novel Borderline is not my usual read. I tend to read more contemporary than fantasy these days. BUT, I started reading Borderline before bed and a few chapters turned into me staying up way too late reading. Borderline features a heroine with borderline personality disorder who gets the unusual opportunity to monitor traffic at the border of the human and fantasy realm. It is a highly original, fast-paced and fun read.

The heroine Millie is a brash, unreliable narrator type. She’s a Los Angeles filmmaker who is in treatment center following a suicide attempt. She lost her legs and her film career but gets a fresh start as a recruit with the mysterious Arcadia Project. The other Arcadia Project staffers are also former psychiatric patients, something that makes them attractive candidates for this unique job.

Millie is trying to adjust to this new living situation, coping with BPD and managing to get around with her prosthetic legs. Plus, there’s this new magical fairyland to contend with, and finding a missing fae noble is the top priority.

Debut author Mishell Baker writes an engaging, smart story that’s a fast-paced read. From someone that doesn’t read a lot of fantasy I found this book to be highly accessible. The intriguing characters and unique situations and setting also make this one a standout. Millie’s voice shines through and I loved that she’s such a flawed and compelling heroine. The author talks on her blog about sharing a BPD diagnosis with her protagonist, adding an “own voices” authenticity to the character.

Borderline kicks off the Arcadia Project series with a bang and I can’t wait to read more. 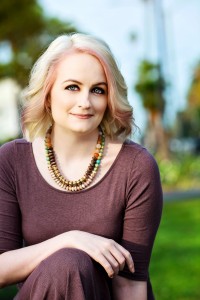 Her urban fantasy series The Arcadia Project is being released by Simon & Schuster’s Saga imprint beginning with Borderline in March 2016. The series is narrated by Millicent Roper, a snarky double-amputee and suicide survivor who works with a ragtag collection of society’s least-wanted, keeping the world safe from the chaotic whims of supernatural beasties.

When Mishell isn’t convention-hopping or going on wild research adventures, she lives in Los Angeles with her husband and two changelings. When her offspring are older, she will probably remember what her hobbies are. In the meantime, she enjoys sending and receiving old-fashioned handwritten paper letters.

Enter to win a finished copy of Borderline! (US Only)