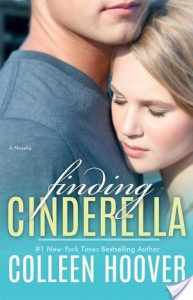 Also by this author: Slammed, Point of Retreat, Maybe Someday, November 9, It Ends with Us

A chance encounter in the dark leads eighteen-year-old Daniel and the girl who stumbles across him to profess their love for each other. But this love has conditions: they agree it will last only one hour, and it will be only make-believe. When their hour is up and the girl rushes off like Cinderella, Daniel tries to convince himself that what happened between them seemed perfect only because they were pretending it was. Moments like that happen only in fairy tales. One year and one bad relationship later, his disbelief in love-at-first-sight is stripped away the day he meets Six: a girl with a strange name and an even stranger personality. Unfortunately for Daniel, finding true love doesn’t guarantee a happily ever after . . . it only further threatens it. Will an unbearable secret from the past jeopardize Daniel and Six’s only chance at saving each other?

My fondness for Colleen Hoover’s books knows no bounds, and even though novellas are not my favorite thing, I’ll read one of hers. Finding Cinderella by Colleen Hoover is a novella about two side characters from the Hopeless series. If anyone can do a novella right it’s Colleen Hoover and this book has her stamp all over it. It’s not a throwaway, but an awesome story all on its own. Finding Cinderella is new to audio format, and though it’s been ages since I’ve read Hopeless it’s easy to follow along.

Finding Cinderella is about Daniel and Six, Holder and Skye’s best friends from the Hopeless series. These two are the comedy relief compared to the more serious leads. Daniel is fond of nicknames and one-liners and so some of the book is quite silly. But, he also gets to show a more serious and romantic side in this story.

Daniel meets his “Cinderella” in the maintenance closet where they have one life-changing meeting. But this was a no name, one time only encounter and she didn’t even leave a shoe or other trinket behind to find her. One year later Daniel meets Six, a girl who seems perfect for him, except Holder and Skye say she’s off-limits. That’s all the encouragement Daniel needs.

Finding Cinderella is all in Daniel’s POV. We get to meet his family and see where he got his famous sense of humor. It’s interesting to see him outside of the sidekick role. Colleen Hoover did a lot with this story, including some surprising reveals. Sometimes the jokes wore a little thin, but the story is engaging overall and miles better than other YA novellas I’ve read.

I listened to the Finding Cinderella audiobook, performed by Jason Carpenter. His performance is a good match for Daniel’s comedic voice. He has a pleasant delivery and doesn’t overdo the voices. He captures the right emotional tone for the story. The Finding Cinderella e-book edition is free, but if you like audiobooks this one is affordable and totally worth your time. 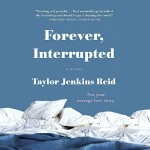